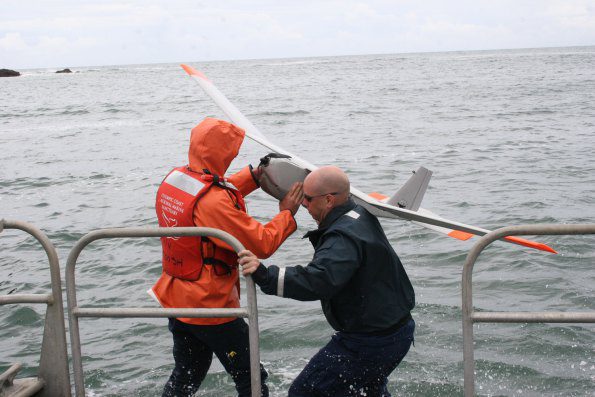 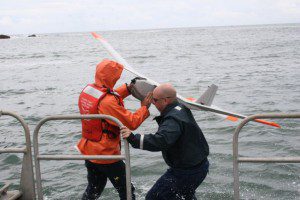 The National Oceanic and Atmospheric Administration is testing unmanned aircraft that could allow researchers to observe animals at relatively close range with minimal disturbance.

The test of the Puma unmanned aircraft system (UAS), which can fly lower and slower than manned aircraft and is much quieter, is taking place in and around the sanctuary through June 29, 2013, and is the first test of unmanned aircraft for use in the Olympic Coast National Marine Sanctuary.

During the test, the UAS is launched and recovered from the research vessel Tatoosh. The test mission will demonstrate the aircraft’s camera resolution and allow researchers to explore the aircraft’s potential to help manage the Olympic Coast National Marine Sanctuary, the Washington Maritime National Wildlife Refuge Complex and other marine resource trustees.

“The primary objective of the tests is to monitor seabird colonies along the coastline and offshore islands of Olympic Coast National Marine Sanctuary,” said Carol Bernthal, sanctuary superintendent. “We also plan to survey remote coastline and open waters for marine debris and other marine wildlife.”

The Puma is a 13-pound, battery-powered aircraft that can be hand-launched from any location on land or at sea from a boat and is controlled remotely. The aircraft can fly for up to two hours on a charge and cover a range of about 50 square miles. If successful, UAS technology could be used in protected marine areas worldwide.