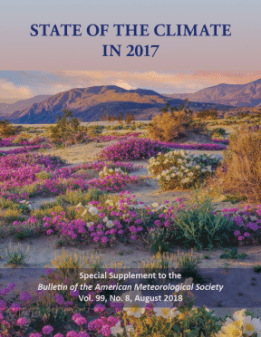 The annual checkup for the planet, led by scientists from NOAA’s National Centers for Environmental Information and published by the Bulletin of the American Meteorology Society, is based on contributions from more than 500 scientists in 65 countries and offers insight on global climate indicators, extreme weather events and other valuable environmental data.

Notable findings from the international report include the following: