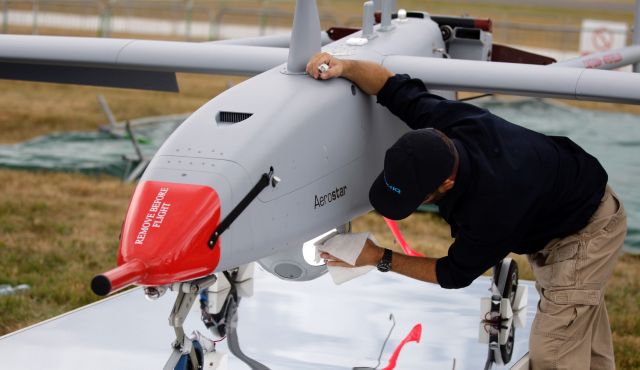 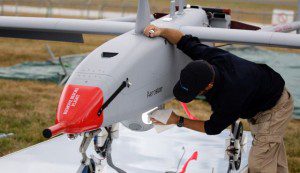 Nigeria failed to buy spare parts for its Aerostar unmanned aircraft, says an Israeli marketing officer. But poor maintenance seems to be only one reason why the military is unable to subdue Boko Haram militants.

As U.S. planes try to locate more than 200 girls kidnapped by Islamist group Boko Haram, Nigeria’s own unmanned aircraft can’t join the search—poor maintenance has them grounded. Nigeria bought Israeli surveillance drones years ago that might have been used to hunt for the girls held by the Islamist rebels.

“To the best of our knowledge, these systems aren’t operational,” said Tsur Dvir, marketing officer for Aeronautics Defense Systems, a firm based south of Tel Aviv that supplied Nigeria with Aerostar unmanned aircraft systems.

A Nigerian government source and a former military attaché to Nigeria both confirmed the information, although they said details were sketchy owing to the secretive nature of Israeli-Nigerian military cooperation.

The April 14, 2014, abduction of the girls by Boko Haram, as well as the inability of the military to locate them after more than five weeks, has stirred a global outcry. Failure to maintain equipment is seen as one reason why Nigeria’s military has been unable to quell the militants. Nigeria argues counter-insurgency is something it never had to deal with until the Boko Haram uprising five years ago.

Dvir argued that with their extensive flying range and thermal cameras capable of picking up body heat at night, the Aerostars could have helped scour northern Nigeria for the missing girls. Speaking on the sidelines of a conference organized by Israel Defense magazine, Dvir told Reuters that since the drones were purchased several years ago, Nigerian clients hadn’t commissioned Aeronautics to carry out any routine maintenance.

“We did receive an inquiry from them about spare parts, but it never turned into a deal,” said Dvir. “I wish it had. They (the drones) are probably parked in a yard somewhere.”