NGA Eyes Single GEOINT Platform Through ˜Map of the World' 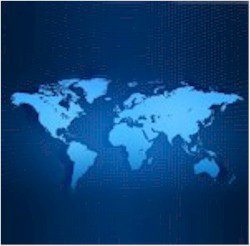 NGA will build the map of the world to display data from NGA, the Defense Department, other intelligence community agencies and U.S. allies to facilitate information sharing and support the cloud-based Intelligence Community Information Technology Enterprise program.

The National Geospatial-Intelligence Agency (NGA) is developing a map of theÂ world, comprising geographic-based intelligence and information from many intelligence sources.

NGA wantsÂ to leverage navigation data sets, geospatial intelligence (GEOINT) and imagery to deliver a common frame of referenceÂ throughout the IC as part of the agency's 2018 Future State Vision.

They're trying to get out of a lot of the stovepipes and disjointed databases and get things all together in one common place, said Craig Brower, NGA account manager at BAE's intelligence and security segment.

BAE Systems won a $335 million contract in July 2014 toÂ help NGA collect, organize and utilize the data sets for the map of the world.

[As] of August [2014] we've achieved our first major milestone of getting 12 disparate content views alive, put out there, active and being served out, said Mike Weingord, NGA's content management office director.