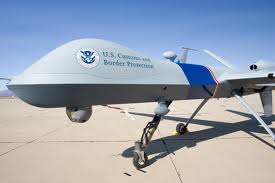 Unmanned aircraft already are being used domestically for applications in border patrol and disaster relief.

The Federal Aviation Administration (FAA) will establish unmanned aircraft system (UAS) test sites. The Defense Department (DOD) and FAA will use the test sites to integrate unmanned aircraft into national airspace use for a variety of different applications, rather than the current functions essentially limited to military use overseas or in restricted U.S. airspace.

The 2012 National Defense Authorization Act provides for a five-year program in which test sites will be used for the FAA to coordinate with DOD to determine how to safely operate UASs in shared national airspace. The test program will explore uses for the aircraft outside traditional military applications, as well as for enhanced military operations.

According to the measure’s proponents, a UAS might be used for law enforcement, such as crime investigation and traffic applications; agricultural uses, including treating crops with pesticides; or monitoring utilities, including pipelines. Unmanned aircraft already are being used domestically for applications in border patrol and disaster relief. The measure has support from some industry organizations and members of Congress.

“The creation of these test sites will mark the first step in what will undoubtedly be a long process eventually leading to a common-day occurrence—manned and unmanned aircraft flying safely and seamlessly together in the national airspace,” said Peter Beale, chairman of the board at the Association for Unmanned Vehicle Systems International, in a statement. “I applaud Congress’ foresight on the important role UASs can play for our economy and public safety, and I encourage the FAA to expeditiously set up these test sites with the input from the unmanned systems community.”

The test sites have yet to be designated, but the language in the bill orders that potential sites “take into consideration geographic and climatic diversity…and ground infrastructure and research needs,” and are selected under consultation between DOD and NASA.

Sen. John Hoeven (R-N.D.) also supports the legislation and is pushing for North Dakota to be a regional UAS command center. Hoeven coordinated with Congress to insert the bill’s language about geography and climate in consideration of test site locations, according to his website.