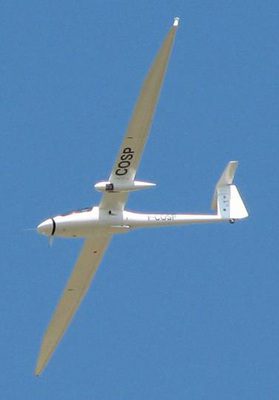 A campaign to study Ka-band radar for Earth observation is being organized and funded by the European Space Agency and carried out by the French national aerospace research centre Onera in southern France. Here a Busard motor-glider is carrying the Ka-band synthetic aperture radar under its left wing.

A field experiment has researchers excited about the potential of Ka-band, a new short radar wavelength”only 8.5 mm”to image Earth from space.

Because it can offer both very high-resolution images and precise measurements of surface height at the same time from one satellite, scientists and engineers believe it could be suitable for a wide range of environmental applications”from measuring ocean currents across the globe to monitoring changes in mountain glaciers.

However, as with any new technology, there are challenges to overcome if a Ka-band imaging radar is ever going to orbit Earth. Unlike current and near-future radar satellites, which operate using wavelengths of 3“24 cm, shorter-wavelength sensors are much less established, so a lot of research and development are required.

An additional complication is the fact that Ka-band sensors also operate at the very edge of the atmospheric window that allows radar sensors to see through the atmosphere and gather information about Earth's surface. Any shorter than 8.5 mm, and the images wouldn't be able to see the ground.