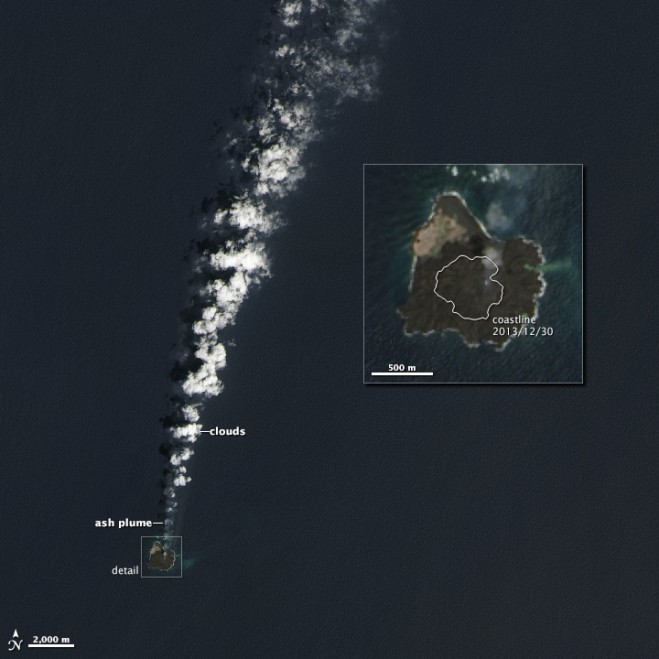 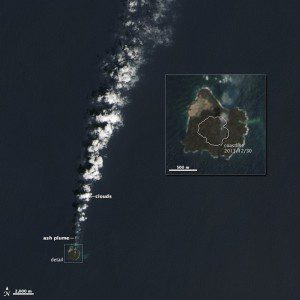 On March 30, 2014, the Operational Land Imager on the Landsat 8 satellite captured this image of Nishino-shima, which sits about 1,000 kilometers (600 miles) south of Tokyo in the Ogasawara (Bonin) Island chain. The enlarged inset photo includes a white outline depicting the extent of the new island on Dec. 30, 2013.

The newer—Niijima—portion of the island is now larger than the original Nishino-shima, and the merged island is slightly more than 1,000 meters across. Two cones have formed around the main vents and stand more than 60 meters above sea level, triple the highest point of the island in December.

Volcanic lava flows are reported to be most active now on the south end of the island. Volcanologist and blogger Erik Klemetti noted earlier in 2014: “This is a great example of how volcanic islands like this in the Bonin Islands grow over hundreds to thousands of eruptions.”