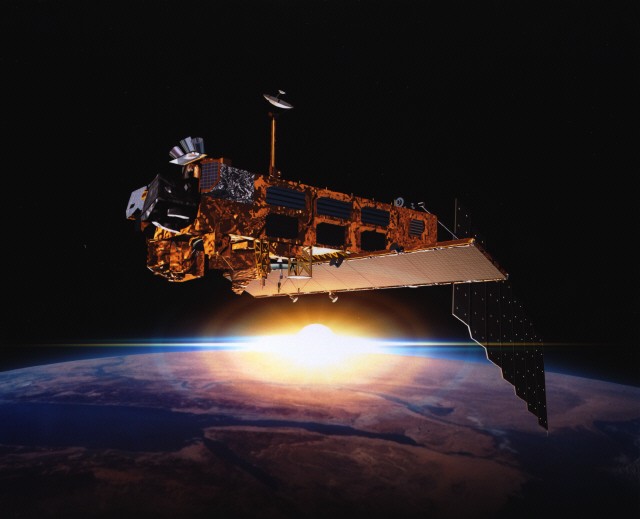 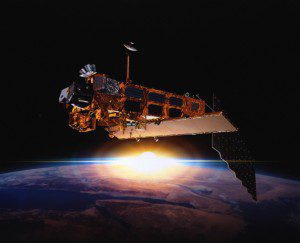 ESA’s Envisat satellite has tracked chemical pollutants on a broad scale to produce images that have impacted environmental policies.

They call it battling ghosts—the incredibly tricky task of using satellites to track the invisible airborne pollutants that determine the air quality and health of our major cities. But as concerns mount over global warming, scientists say existing space technology has now reached its limits in this battle—unable to measure how emissions are being cut in the urban centers in which most people now live.

Now a new generation of orbiting sensors capable of mapping these wraith-like chemicals at city level is being built in a laboratory in central England, a development that will give scientists a new tool in the fight to cut pollution. Roland Leigh, a climate change technology scientist at the University of Leicester, says his team is midway through what is potentially a 15-year project to launch the sensitive satellite equipment of the future.

These small spacecraft will eventually provide an additional dimension to data collected on the planet's atmosphere by Envisat, a truck-sized Earth-observing satellite launched into twice-daily orbit in 2002.

"From 800 kilometers away we can produce maps of London or any major city and we can say where the air quality is good and bad," Leigh says of his team's high-tech creations.

Leigh's project uses equipment so sensitive that it needs to be assembled in an ultra-sterile room containing 100,000 times fewer atmospheric particles than standard air. Just one speck of dust can ruin delicate optical components.

It's worth the effort, says Paul Monks, a University of Leicester professor of atmospheric chemistry. Studying air quality at street level is crucial to engineering environmental change without throwing global ecosystems out of balance.

According to Monks, this key fact must be understood as the world tries to safely reduce carbon emissions to prevent the global warming some blame for natural and humanitarian disasters.

A drastic fall in China's air pollution, for instance, could actually worsen the global warming in the short term as cooling aerosols—small particles that block radiation from the sun—are lost from the atmosphere. Monks calls it a "bumpy road to recovery. What we're trying to do at the moment is re-understand where the climate change and air quality trade-offs are to produce a win-win scenario," he said.

So far, Monks and his colleagues have relied on the data from Envisat and other sources, which is processed through an instrument called "Sciamachy," a technical acronym that in ancient Greek means "battling shadows."

The analogy with shadows—or ghosts as Monk calls them—is apt because the particles being monitored are barely visible, even though they are linked by the World Health Organization to 2 million premature deaths per year. Despite the obscurity of pollutants such as nitrogen dioxide and carbon dioxide, Envisat has been able to track these chemical compounds on a broad scale to produce images that have already impacted environmental policies.

"You can't hide from satellites," added Monks. "They are, in some sense, the policemen of space—policemen of atmospheric pollution."

Using the data, he is able to scroll across a digital map of the world, pinpointing emissions clouds caused by cities such as London, Istanbul and Paris, and also by facilities such as a huge open cast mine in South Africa.

But the next task, he says, is to monitor changes in pollutant levels at the city level to observe how the world's urban centers—its biggest sources of emissions—are tackling their outputs.

This, Monks says, will be beyond the capabilities of current satellite technology, until his colleagues at the University of Leicester's creations emerge from their clean room and are blasted into orbit.

"At the moment, from space, we can measure nitrogen dioxide over a whole country or even down to an area, but not yet down to a city,” explains Monks. “The challenge is actually to build the next generation of the satellites that would be able to measure down to the city scale. And here at Leicester, that's what we're going to try to do."