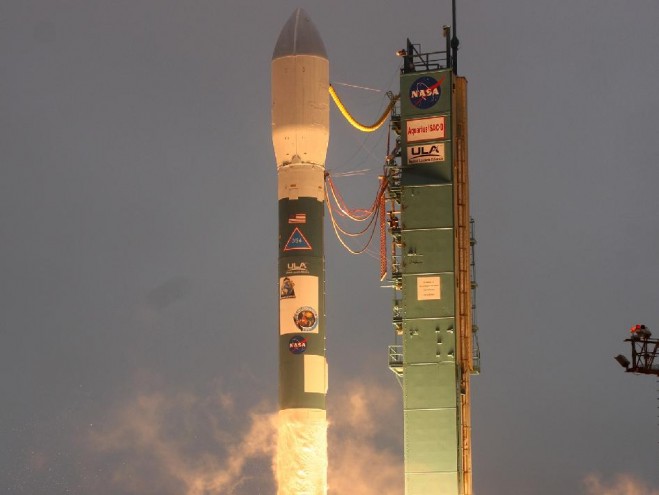 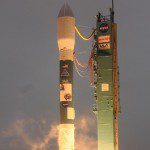 The Aquarius/SAC-D observatory rocketed into space June 10 from Vandenberg Air Force Base in California atop a United Launch Alliance Delta II rocket at 7:20:13 a.m. PDT (10:20:13 a.m. EDT). Less than 57 minutes later, the observatory separated from the rocket’s second stage and began activation procedures, establishing communications with ground controllers and unfurling its solar arrays.

“Aquarius is a critical component of our Earth sciences work, and part of the next generation of space-based instruments that will take our knowledge of our home planet to new heights,” said NASA Deputy Administrator Lori Garver. “The innovative scientists and engineers who contributed to this mission are part of the talented team that will help America win the future and make a positive impact across the globe.”

Aquarius will make NASA’s first space observations of the salinity, or concentration of salt, at the ocean surface—a key missing variable in satellite studies of Earth. Variations in salinity influence deep ocean circulation, trace the path of freshwater around our planet and help drive Earth’s climate.

“Data from this mission will advance our understanding of the ocean and prediction of the global water cycle,” said Michael Freilich, director of NASA’s Earth Science Division in the Science Mission Directorate at agency headquarters in Washington. “This mission demonstrates the power of international collaboration and accurate spaceborne measurements for science and societal benefit. This would not be possible without the sustained cooperation of NASA, CONAE and our other partners.”

In addition to Aquarius, the observatory carries seven instruments that will monitor natural hazards and collect a broad range of environmental data. Other mission partners include Brazil, Canada, France and Italy.

“This mission is the most outstanding project in the history of scientific and technological cooperation between Argentina and the United States,” said CONAE Executive and Technical Director Conrado Varotto. “Information from the mission will have significant benefits for humankind.”

Aquarius will map the global open ocean once every seven days for at least three years with a resolution of 93 miles (150 kilometers). The maps will show how ocean surface salinity changes each month, season and year. Scientists expect to release preliminary salinity maps later this year.

Aquarius will measure salinity by sensing thermal microwave emissions from the water’s surface with three microwave instruments called radiometers. When other environmental factors are equal, these emissions indicate the saltiness of surface water. A microwave radar scatterometer instrument will measure ocean waves that affect the precision of the salinity measurement. Because salinity levels in the open ocean vary by only about five parts per thousand, Aquarius will be able to detect changes as small as approximately two parts per 10,000, equivalent to about one-eighth of a teaspoon of salt in a gallon of water.

During the next 25 days, the Aquarius/SAC-D service platform will be tested and maneuvered into its final operational, near-polar orbit 408 miles (657 kilometers) above Earth. Science operations will begin after the observatory’s instruments are checked out. This commissioning phase may last up to 65 days.