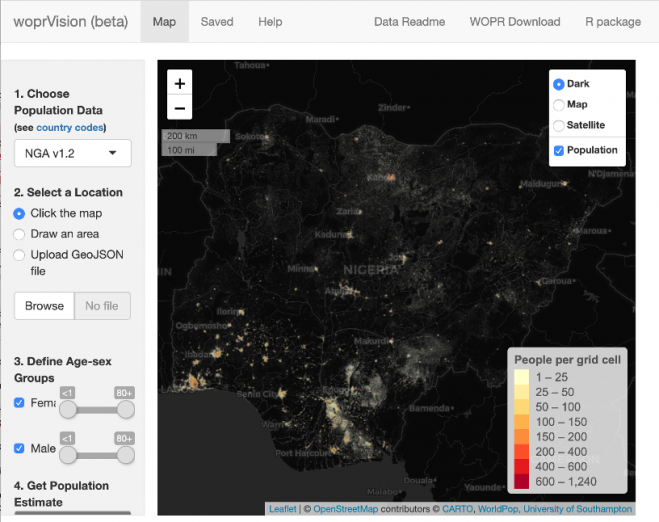 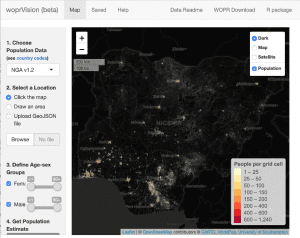 In hard-to-reach areas where terrain, conflict and expense can make such counts difficult and even unsafe, the models use Earth observation data of buildings, land cover and other human “signatures” to estimate remote populations. The Nigerian government is using the technique to allocate polio vaccinations in places where doing a simple census is difficult.

“For a vaccination campaign, organizers may need to know how many children under 5 live in a village that needs polio vaccinations,” explained project leader Doug Leasure, a senior enterprise fellow in the WorldPop Group at the University of Southampton in the United Kingdom. “But simply counting the kids just isn’t always an option.”

Previously, Leasure led a NASA Earth Science Division Applied Sciences project on salmon populations. He realized the data used to model fish populations—aerial imagery, satellite data and environmental factors—were transferrable to estimating human populations. Leasure and his team recently published a report in the Proceedings of the National Academy of Sciences on how they adapted fish census techniques to track human activities.

“With NASA, back in Nevada, we built a web app to put that data into the hands of decision makers, so programs could access the high-resolution salmon estimates directly without having to be professional statistical scientists themselves,” Leasure said. “We recreated that process here and released it publicly in Nigeria. Already, we’re getting great feedback from these first users.” Nigeria is one of the first countries to begin incorporating these methods into population estimates, and Leasure’s team custom designed the app to best work with the country’s needs.

By combining many types of data from orbit with highly specialized computer modeling, the woprVision app can help researchers, governments and humanitarian organizations identify where people are living, and how many households are in each community, without having to visit in person. By looking at building structure, Leasure’s team can estimate the number of families with children in a community and better understand where there may be a population of children in need of childhood vaccines.