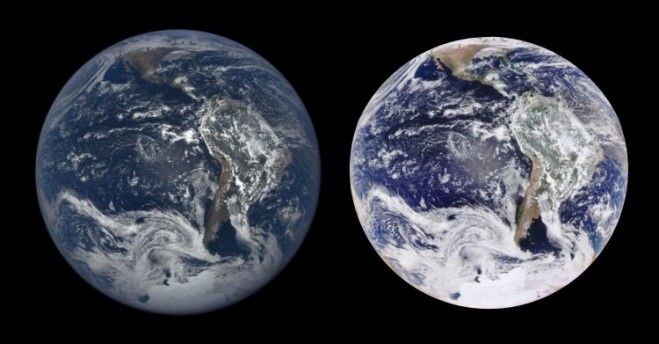 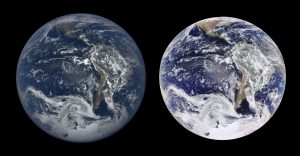 EPIC is a four megapixel CCD camera and telescope aboard NOAA’s DSCOVR satellite that takes 10 narrow-band spectral images of the entire sunlit face of Earth from 317 to 780 nanometers. EPIC takes a new picture approximately every hour from mid-April to mid-October or every two hours for the rest of the year. EPIC images reveal how the planet would look to human eyes, capturing the ever-changing motion of clouds and weather systems as well as the fixed features of Earth such as deserts, forests and the distinct blues of different seas.

The website upgrade includes a new magnification feature where users get a zoomed-in look at an area under their cursor. There is also information that provides the EPIC camera’s distance to Earth and the sun.