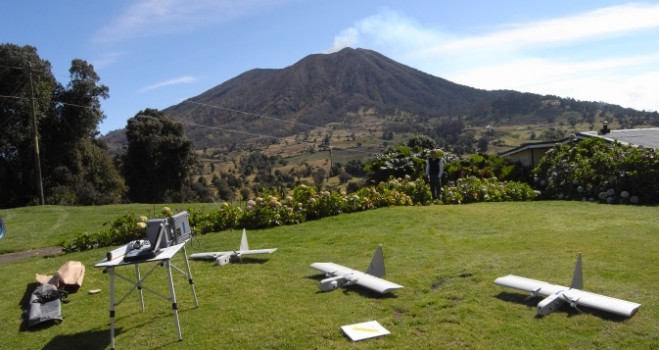 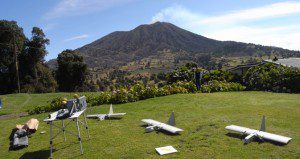 Research scientists at NASA’s Ames Research Center negotiated the transfer of three Aerovironment RQ-14 Dragon Eye UASs from the U.S. Marine Corps via the General Services Administration’s San Francisco office. The small unmanned aircraft weigh 5.9 pounds and have a 3.75-foot wingspan and twin electric engines. They can carry a one-pound instrument payload for up to an hour within a volcanic plume.

The project is designed to improve the remote sensing capability of satellites and computer models of volcanic activity. The study, called “In Situ Validation and Calibration of Remotely Sensed Volcanic Emission Data and Models,” launched 10 flights between March 11-14, 2013, into the volcanic plume and along the rim of the Turrialba summit crater approximately 10,500 feet above sea level (ASL).

The launch site was located at 8,900 feet ASL, and flights ranged up to 12,500 feet ASL—more than 2,000 feet above the Turrialba summit. Project objectives included improving satellite data research products, such as maps of concentration and distribution of volcanic gases, and transport-pathway models of volcanic plumes.

During the research flights, the team coordinated its data gathering with the Advanced Spaceborne Thermal Emission and Reflection (ASTER) instrument on NASA’s Terra spacecraft, allowing scientists to compare sulfur dioxide concentration measurements from the satellite with measurements taken from within the plume.