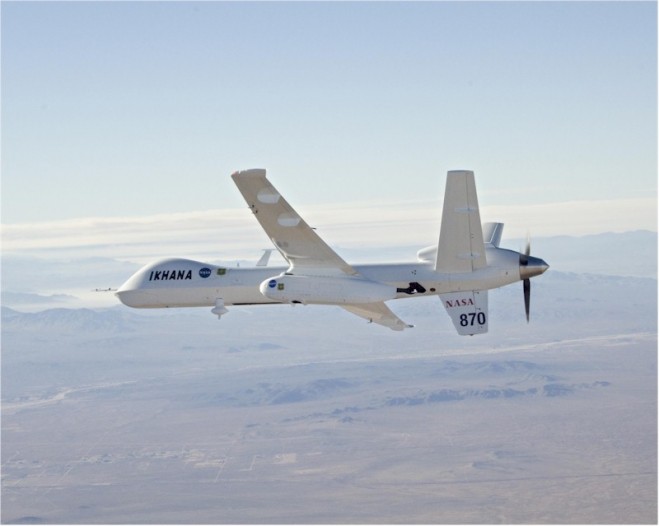 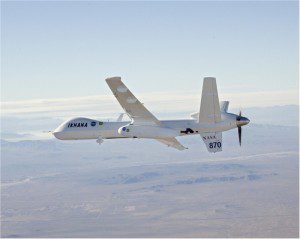 NASA's MQ-9 Predator B unmanned aircraft, the Ikhana, is shown during a Southern California wildfire imaging mission in October 2007. NASA is using the aircraft in advanced flight research activities, including those paving the way for opening the National Airspace System to unmanned aircraft system operation.

As the result of a no-cost Space Act Agreement signed in September 2012, the parties will upgrade the command and control system of NASA’s MQ-9 Predator B, the Ikhana, to enable unmanned aircraft operations in more remote geographical regions. The upgraded aircraft then will be used to conduct systems testing and evaluation flights. This activity will allow both NASA and General Atomics Aeronautical Systems to reach the mutual goal of demonstrating this advanced capability.

“The system improvements enabled by this agreement expand the utility of the Ikhana MQ-9 for NASA science and the development of technology required for unmanned air systems to fly in the national airspace,” said NASA Dryden Director David McBride. “Both are key national priorities that benefit from this government/industry cooperative effort.”