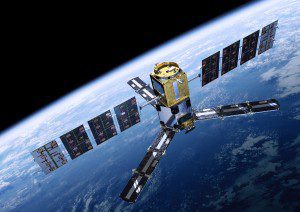 The SMOS mission makes global observations of soil moisture over Earth's landmasses and salinity over the oceans. Variations in soil moisture and ocean salinity are a consequence of the continuous exchange of water between the oceans, the atmosphere and the land”Earth's water cycle.

The critical task of closely monitoring the saltiness of Earth's oceans is being facilitated from space by the European Space Agency's SMOS and NASA's Aquarius missions, but in slightly different ways.

By joining forces, researchers are exploiting these complementary missions to benefit climate science even further. Everyone knows that seawater is salty, but it isn't that obvious that the concentration of salt”the salinity”of the surface waters of the world's oceans varies considerably with location and season.

Salinity is controlled largely by the balance between evaporation and precipitation, so it is an important component of Earth's water cycle and closely coupled to weather and climate. It is also an important driver in ocean circulation, which is crucial in moderating the climate. In fact, ocean salinity is an essential climate variable”a key parameter of climate change.

Until the launch of SMOS in 2009 and Aquarius in 2011, global data on this important variable weren't available. Scientists need this information to feed into the mathematical models they use to understand the complexities of the exchange processes between Earth's surfaces and the atmosphere.

Thanks to both missions, these much-needed data are leading to a better understanding of the water cycle, how the ocean works and how salinity is linked to weather and climate. ESA's SMOS satellite and NASA's Aquarius sensor, carried on Argentina's SAC-D satellite, both use an L-band radiometer to map ocean salinity but offer different resolutions and revisit times. For example, Aquarius provides better pixel accuracy than SMOS, whereas SMOS provides higher revisit times and spatial resolution.