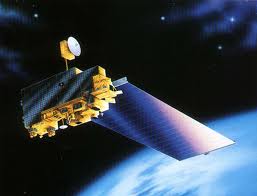 Terra is an important part of NASA's Science Mission, helping us better understand and protect our home planet.

OnOct. 28, 2011, NASA and the U.S. Geological Survey (USGS) confirmed possible attempts to use radio frequency signals to tamper with the Terra and Landsat 7 Earth observation spacecraft.

Â NASA experienced two suspicious events with the Terra spacecraft in the summer and fall of 2008, NASA spokesman Trent Perrotto said via e-mail. We can confirm there was no manipulation of data, no commands were successfully sent to the satellite, and no data was captured. NASA notified the Department of Defense, which is responsible for investigating any attempted interference with satellite operations.

Similarly, the USGS's Landsat 7 mapping satellite experienced two anomalous radio frequency events during the fall of 2007 and summer of 2008, according to Jon Campbell, a spokesman for that agency. Unauthorized radio signals were detected by satellite but did not interfere with spacecraft operations.

In a telephone interview, Campbell said there was no manipulation or interception of data and no commands were successfully sent to the satellite. USGS didn't become aware of the first event until the second occurred, prompting the agency to review Landsat 7's telemetry records, according to Campbell.

Perrotto said, While we cannot discuss additional details regarding the attempted interference, our satellite operations and associated systems and information are safe and secure. We are complying with the guidance in the National Space Policy to protect our critical space systems and have created a working group to establish and implement an agencywide space protection program.

According to Campbell, USGS didn't know the source of the interference, but a forthcoming report to Congress says there is reason to believe it was China. According to a draft of the latest report by the U.S.-China Economic and Security Review Commission, the techniques used in the incidents appear consistent with authoritative Chinese military writings.

The report said cyber-hackers achieved all steps required to command Terra and that the satellite experienced nine or more minutes of attempted interference in the October 2008 incident.

News of the interference attempts was first reported by Bloomberg Businessweek.