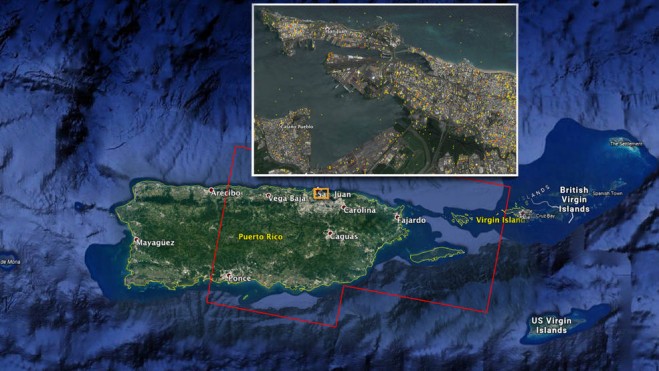 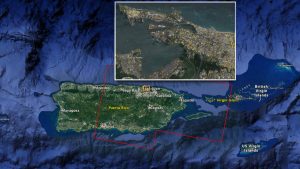 A NASA-produced map showing areas of eastern Puerto Rico that were likely damaged by Hurricane Maria has been provided to responding agencies, including the Federal Emergency Management Agency (FEMA). The hurricane, a Category 4 storm at landfall on Puerto Rico on Sept. 20, 2017, caused widespread damage and numerous casualties on the Caribbean island, an unincorporated U.S. territory with a population of about 3.4 million.

To assist in disaster-response efforts, scientists at NASA’s Jet Propulsion Laboratory and Caltech obtained and used before-and-after interferometric synthetic aperture radar (InSAR) satellite imagery of areas of Eastern Puerto Rico to identify areas that are likely damaged. The imagery—acquired before the storm on March 25, 2017, and again one day after landfall on Sept. 21, 2017—is from radar instruments on the Copernicus Sentinel-1 satellites operated by the European Space Agency.