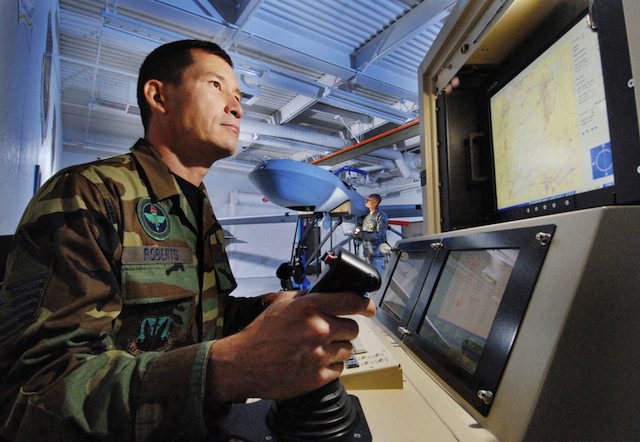 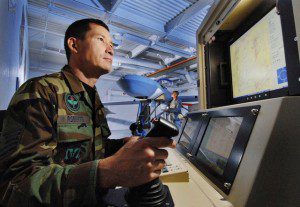 An MQ-1 Predator instructor with the California Air National Guard remotely controls a drone and could one day control multiple drones at once if a new Pentagon project comes to fruition.

The U.S. military has dozens of different drones in its arsenal, each with its unique controller, but one Pentagon office thinks that’s archaic and wants controls that can handle an entire fleet at once.

Inside the Pentagon’s Acquisition, Technology and Logistics directorate, a team is working on ways to operate different types of drones with a single controller. It’s a big technical challenge—one that’s failed in the past, because the different manufacturers of different drones each have proprietary control software.

But the official in charge of the effort envisions a new drone software architecture that’s agnostic about what kind of drone it controls and allows human controllers to think in terms of drone fleets rather than individual robots, including fleets comprising different kinds of drones. That would enable a dramatic expansion of the possibilities of drone warfare.

Step one is to get a kind of universal remote for the drones—that is, a controller that can operate, say, an armed Predator and a robotic spy. It’s a major challenge. The first such company is California-based DreamHammer, which has developed software that can operate numerous robots from the same tablet or laptop.