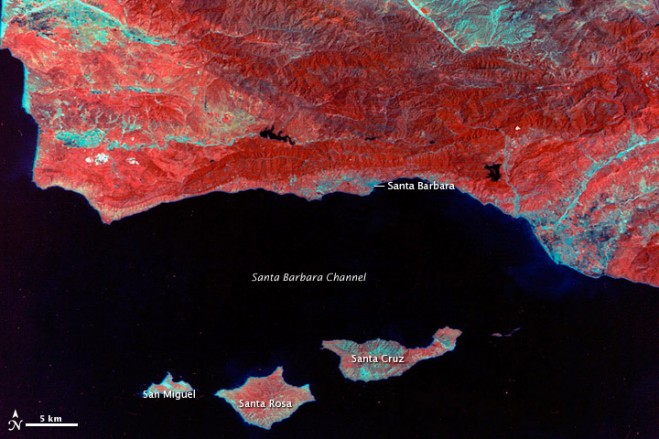 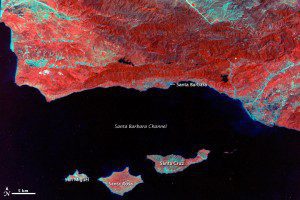 This Landsat image of southern California, acquired May 18, 1978, is part of the Memory of the World Register.

What do the Gutenberg Bible, Tolstoy’s personal library, the Book of Kells—an 8th century illuminated manuscript created by Celtic monks—and the Landsat Multispectral Scanner System (MSS) data archive have in common? They are all among the 245 international documentary collections that make up the Memory of the World Register. The register is a United Nations Educational, Scientific and Cultural Organization (UNESCO) effort to preserve access to documentary heritage around the world.

The MSS data archive of 652,000 Earth images was nominated to be part of the register in 2010. In 2011, it was officially accepted along with six other submissions, including Byzantine manuscripts from Georgia and early reports from the 1922 first flight across the South Atlantic.

As stated in the Landsat nomination: “There is simply no other image record of the Earth’s land regions at this scale or over the same period of time (1972-1992).”

The accompanying image of southern California is one of thousands in the 20-year archive. Landsat MSS acquired the image on May 18, 1978. Plant-covered land is red, with forests on the mountain ranges a darker shade than vegetation at lower elevations. Bare ground and cities are pale blue, and water is dark blue and black. The image provides a baseline from which scientists can measure changes in land use, urban growth or the impacts of natural disasters.

All U.S.-held Landsat data are managed by the U.S. Geological Survey, which maintains original digital files in its primary archives, plus back-up copies in off-site locations. Each Landsat “scene”—with 79-meter spatial resolution and 185- by 185-kilometer area—fills an important scientific niche because it
provides global, seasonal coverage. Landsat images are also detailed enough to characterize human activities, such as urban expansion, agricultural irrigation and deforestation.

With a baseline knowledge of Earth’s land areas in the early 1970s, and then comparative images over time, Landsat has allowed scientists to detect and evaluate environmental change. Often, this baseline knowledge has taken the form of a map, as Landsat and cartographers have a long history together. Paul
Lowman, a pioneer in Earth remote sensing at NASA’s Goddard Space Flight Center, drew the first map from a Landsat image in July 1972.