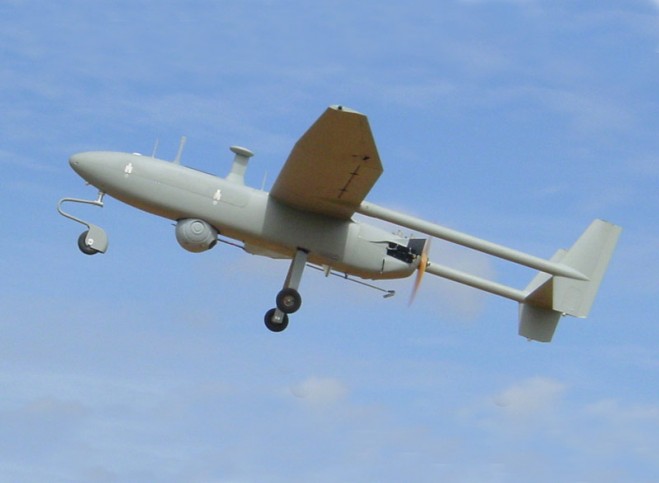 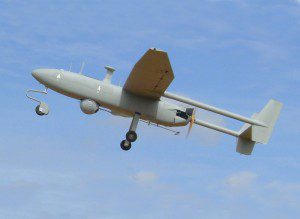 The FAA and private firms debated whether UAVs are a threat or opportunity for private aerial acquisition firms.

The MAPPS 2011 Summer Meeting was held June 26-30 at the Sagamore Resort in Bolton Landing, N.Y., on Lake George. The keynote, delivered by former Connecticut Governor John G. Rowland, addressed “Overcoming Adversity and The Arrogance of Power.” Rowland (R), a former state legislator and Congressman who set records for gubernatorial election victories in the Nutmeg State, resigned from office and later spent a year in a Federal prison institution for accepting illegal gifts. He counseled MAPPS not to let power, success and selfishness overshadow ethics standards.

General sessions at MAPPS meetings differ from those in other associations insofar as they combine education and information exchanges on the business aspects of a private sector geospatial practice. MAPPS meetings attract senior management of firms – principals, owners, partners and executive professionals – who seek information on technology in order to make return-on-investment decisions.

In a conference session on how geospatial Intelligence (GEOINT) is moving to a cloud computing environment, panelists from leading National Geospatial Intelligence Agency (NGA) contractors gave perspectives on applications from data discovery and sharing, to online processing, GIS Services, visualization, and mobile device applications. The session was followed by a Federal Agency Update, in which Dennis Morgan of NGA and Dr. Joseph Fontanella of the Army Geospatial Center provided updates on their agency activities, contracting opportunities and programs affecting private geospatial firms, including those in GEOINT and cloud computing. Vicki Lucas of USGS updated on initiatives such as The National Map, the National Enhanced Elevation Assessment, or LiDAR initiative, and continuation of the USGS’s optical science laboratory for calibration of analog (film) aerial camera, as well as proposals for digital camera calibration.

For several years, there has been discussion in the community about a “gas tax for geospatial” – a user fee and revolving fund to finance the NSDI and other national programs. In a presentation, “Brother Can You Spare Me a Dime? An Innovative Idea for Financing Government Geospatial Data Activities” a lively discussion developed the concept and offered arguments for and against such an alternative to lobbying for annual appropriations from Congress. The concept was presented by MAPPS Executive Director John Palatiello, followed by comments from each member of the MAPPS Board of Directors and an open discussion among members. Based on the members’ response, MAPPS will continue to explore the user fee and revolving fund concept, as well as alternate methods of financing national government data requirements.

A session on “Turning University Competition into Cooperation” explored unfair competition with the private sector by universities performing geospatial production contracts with little or no research or education component, and ways private firms can partner with post-secondary schools for mutual benefit.

Taking advantage of holding the meeting in New York, just an hour’s drive north of the state capitol Albany, MAPPS hosted Bill Johnson, New York State GIS coordinator and a past president of NSGIC, who spoke on “GIS from a State Coordinator’s Perspective,” focusing on security, emergency response, broadband and other statewide uses for GIS.

The FAA and private firms debated whether UAVs are a threat or opportunity for private aerial acquisition firms. MAPPS members heard from a new entrepreneurial startup acquiring imagery using a small UAV platform, learned about recent testing of a UAV mapping system, and received an update on FAA’s activities related to UAV regulations and the process for authorizing commercial unmanned aerial vehicles in the United States.

Business sessions included social media for marketing, mergers and acquisitions, and how to implement and stick to a strategic business plan. In the latter session, both large and small firm principals and owners who have developed and implemented successful strategic planning shared their experiences in developing and implementing plans, discussed how to stay on the road map while avoiding detours, and the benefits of having a written plan.

Technical and marketing sessions included data verification, validation, and QA/QC, including off-the-shelf tools and third-party services, while a “The Need for Immersive LiDAR Standards” was the continuation of several previous MAPPS sessions on mobile mapping systems and static (tripod mounted) LiDAR systems, with this forum exploring educating the end user on the true capabilities of these platforms, what role accuracy plays in decisions on technology employment, and what practices should be employed to determine the right tool for the project. A presentation on the National Broadband Mapping Program provided the status and business opportunities for surveying and mapping firms in mapping where broadband service exists and is yet to be deployed, as well in the design and construction of new infrastructure. It was reported that hundreds of millions of dollars in Federal funds are still to be expended for universal broadband, creating potential contracts for location services. The session also identified the extent to which American Recovery and Reinvestment Act (AAR), or stimulus, funds were used to fund government and university competition with the private sector. It was reported that only about one-third of funds went to firms for private sector job creation or preservation.

MAPPS members also received an update on federal legislation affecting the geospatial profession, including news that the House Appropriations Committee has withheld Federal Communications Commission (FCC) funding to approve a spectrum application by the company LightSquared that would interfere with GPS signals. It was also reported that a Senate version of the Federal Land Asset Inventory reform (FLAIR) Act has been recently introduced, the House has passed three provisions limiting insourcing and encouraging contracting out to the private sector, FEMA flood mapping reform legislation containing provisions beneficial to the surveying and mapping profession is working its way through Congress, federal geospatial governance and coordination reform legislation will soon be introduced, privacy limits on precise geolocation data are still under consideration in the House and Senate, although the Federal Trade Commission has conceded its proposed rules must be revised to avoid unintended consequences for mapping and geospatial activities, and legislation banning certain LiDAR operations as “laser pointers”, subject to criminal prosecution, when used near aircraft or airports is being addressed in Congress and at the FAA by MAPPS.