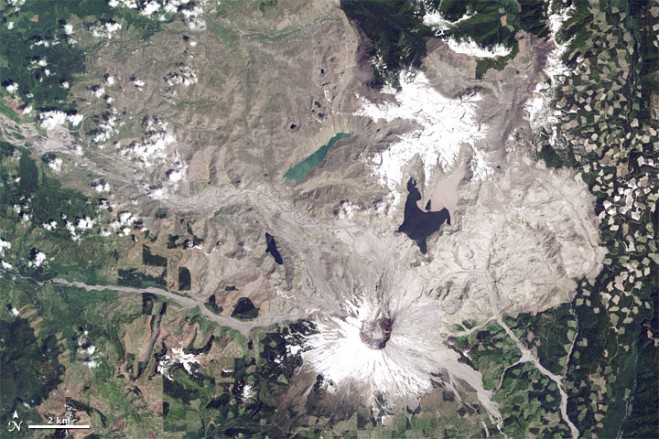 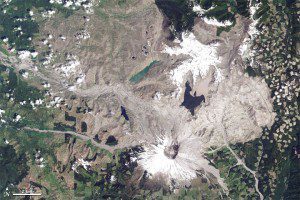 This image shows the Mount St. Helens area on June 17, 1984, as viewed by the Thematic Mapper sensor on board NASA’s Landsat 5 Earth observation satellite.

Comparing current satellite images with images from nearly 30 years ago show a striking example of how life literally can rise from the ashes and re-colonize a patch of land. 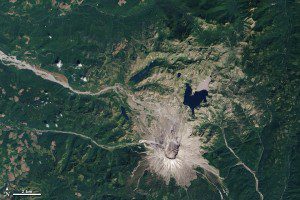 This Aug. 20, 2013, image of Mount St. Helens was captured by the Operational Land Imager on board NASA’s Landsat 8 satellite.

On May 18, 1980, a volcanic eruption obliterated the landscape around Mount St. Helens. Entire forests were mowed down by the blast wave. The land surface was sterilized by heat and noxious gas, and then buried under tens of meters of ash, mud and rock. Nearly every living creature perished within a few miles of the collapsed mountain.

But some traces of life survived beneath the debris—seeds, spores, gophers, fungi, etc. Other flora and fauna survived just beyond the edge of the blighted landscape. And then, as so many scientists and science-fiction authors have said, life found a way. In just a few years, natural colonists reclaimed some of the land. In three decades, they have paved over the destruction with robust green.