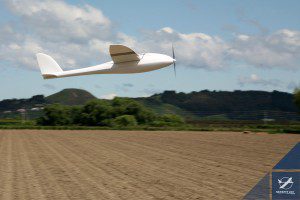 New Zealand firm Hawkeye UAV, which supplied a surveillance drone to New Zealand police, claims the aircraft is readily transportable, quickly assembled, and easily and safely hand launched. To minimize the impact of landing after a mission, the drone deploys a parachute and drifts down to a predetermined landing location.

One drone has been purchased and already used twice for investigations, and police will decide in the coming months whether to continue using them, according to New Zealand's 3News. The drone can provide high-resolution images, infrared images at night, and 3-D images to help with operational planning.