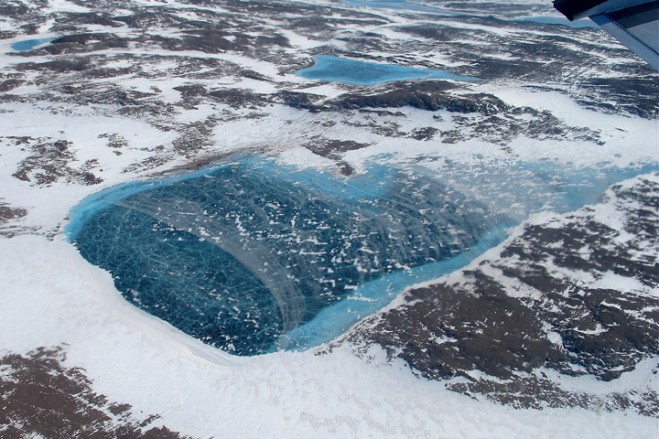 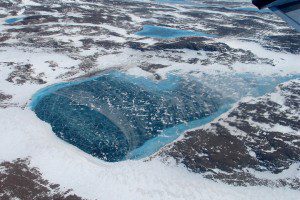 Greenland’s surface is covered with fresh water—about 2.6 million cubic kilometers of it. Yet that water is frozen, locked up in ice and snow—at least most of it is.

The accompanying photograph shows a meltwater pond nestled amid the rock-and-ice covered fringe of Greenland. The photograph was taken around midday onMay 7, 2012, as NASA’s P-3B aircraft was flying over the island’s northeastern coast at 76.84 degrees north latitude and 22.07 degrees west longitude.

Unlike the classic melt ponds that form on the surface of the ice sheet, the pond in this image sits amidst the exposed brown-black hills near the coast. The water surface appears covered with a thin, mostly transparent layer of ice, and the water within is likely runoff from nearby melting snow and glacial ice.