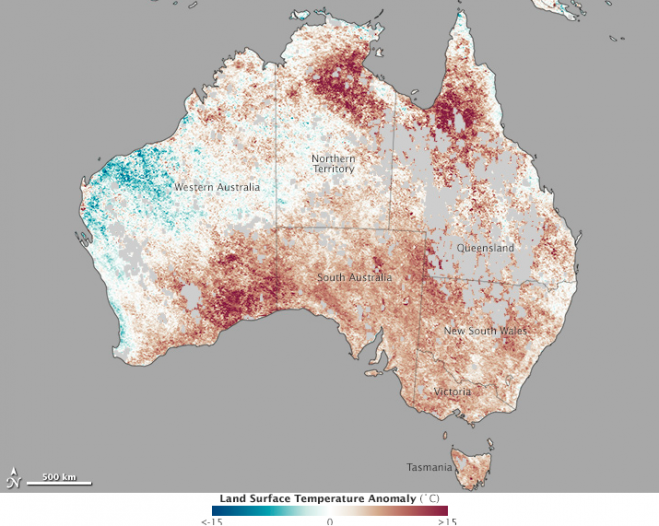 Data from NASA’s Aqua satellite depicts the January 2013 record-setting heat in Australia that lasted for weeks, mirroring a pattern that occurred in the continental United States during 2012.

Temperatures regularly eclipsed 45°C (113°F) in multiple locations across the continent. According to the Australian Bureau of Meteorology, Australia set a new record for the highest temperature averaged across the entire nation: 40.33°C (104.59°F) on January 7. The national average reached 40.11°C (104.20°F) the following day.

Each of the first eight days of 2013 was among the 20 hottest days on record. The scorching weather continued a trend of four consecutive months (September to December 2012) where temperatures were the highest on record.