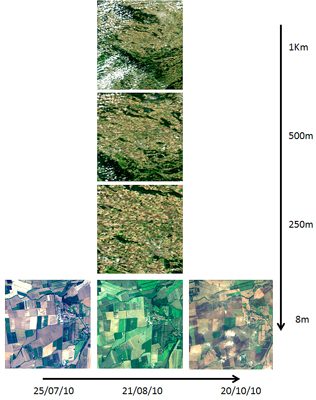 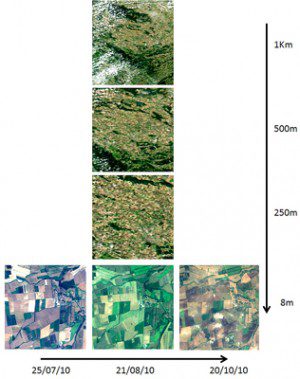 Scientists now have access to a large number of land data products thanks to the increasing number of Earth observation missions in orbit. But there are many challenges in combining data of different resolutions, taken at different times, under different conditions.

Under the European Space Agency’s Support to Science Element (STSE) initiative, the project team simulates a virtual sensor from observations made by many different sensors and by using assimilation techniques to harmonize the data. This makes the datasets comparable, despite coming from different instruments.

The system also will be used in the cross-calibration of sensors. Validation of the prototype was recently undertaken to ensure the software’s correct operation and to demonstrate the approach’s utility. Several future enhancements have been proposed as the next steps toward a more operational implementation, including improvements to the system’s computational efficiency to undertake more extensive real-world validation.