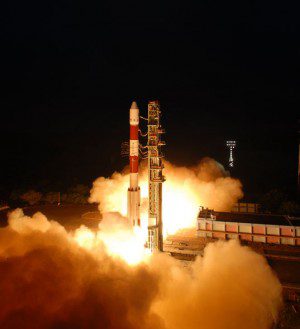 Prime Minister Manmohan Singh lauded the launch and the department of space. He had told Parliament that the C-band radar can “image various parts of the country, including border areas.” To queries if India had launched a spy satellite, Indian Space Research Organization chief K. Radhakrishnan responded, “This is not a spy satellite.”

Risat-1 is to be followed by Gisat, a geoimaging satellite that will provide “near real-time pictures of large areas.” Risat-1 will transmit pictures only during passage over India, but Gisat will deliver data on “areas of interest sectorwide imaging every five minutes and the entire Indian land surface every 30 minutes at a 50-meter resolution.”