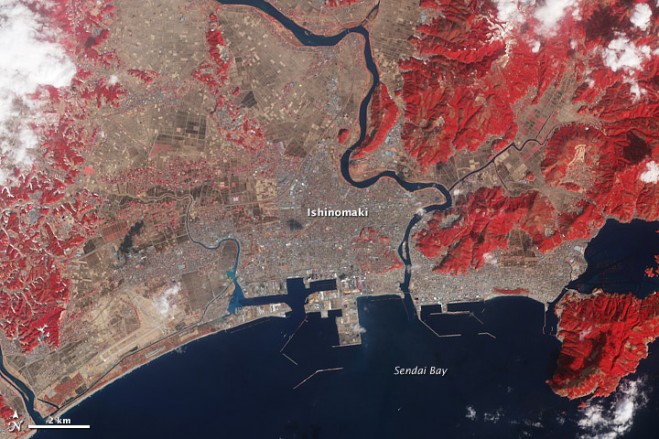 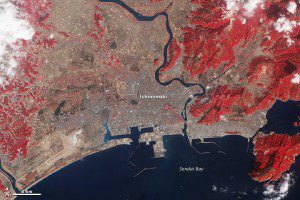 An image of Ishinomaki was acquired by the Advanced Land Imager on NASA’s Earth Observing-1 satellite on Feb. 21, 2012.

At the northern end of Sendai Bay, Ishinomaki once boasted one of the world’s largest fish markets. On March 11, 2011, the earthquake and tsunami destroyed about 28,000 of the port city’s houses. More than 3,000 residents perished, and nearly three months later, almost as many people remained missing. Although Ishinomaki dried out in the year following the tsunami, it hardly returned to normal. The coastal plain along Sendai Bay experienced some of the farthest-reaching tsunami waters. Both low-lying and heavily urbanized, Ishinomaki was one of the hardest hit by the March 2011 event. 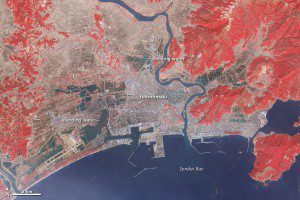 An image of Ishinomaki was acquired by the Advanced Spaceborne Thermal Emission and Reflection Radiometer on NASA’s Terra satellite on March 14, 2011.