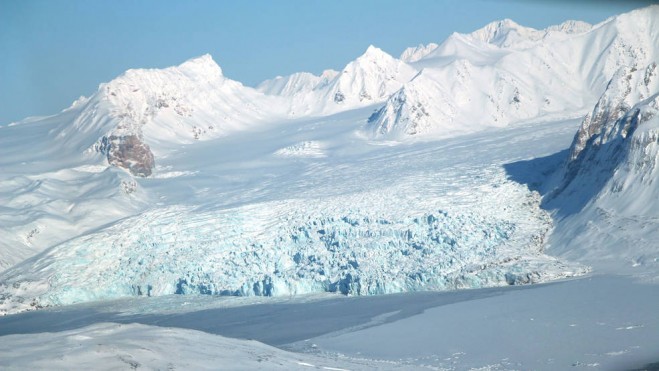 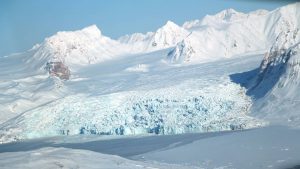 A small glacier in the Arctic region of Norwegian archipelago Svalbard, as photographed by NASA’s Airborne Tropical Tropopause Experiment (ATTREX). This is one of the seven regions where ice loss is accelerating, causing the depletion of freshwater resources. (Credit: NASA/John Sonntag)

The impact of melting ice in Greenland and Antarctica on the world’s oceans is well documented. But the largest contributors to sea-level rise in the 20th century were melting ice caps and glaciers located in seven other regions: Alaska, the Canadian Arctic Archipelago, the Southern Andes, High Mountain Asia, the Russian Arctic, Iceland and the Norwegian archipelago Svalbard. The five Arctic regions accounted for the greatest share of ice loss.

And this ice melt is accelerating, potentially affecting not just coastlines but agriculture and drinking water supplies in communities around the world, according to the study by scientists at NASA’s Jet Propulsion Laboratory; the University of California, Irvine; and the National Center for Atmospheric Research in Boulder, Colo. The study was led by Enrico Ciraci, a UCI graduate student researcher in Earth system science.

The researchers based their work on data from the recently decommissioned U.S.-German Gravity Recovery and Climate Experiment (GRACE) pair of satellites that operated from 2002 to 2017, and their successor pair, GRACE Follow On (launched in 2018). The researchers calculated that, on average, these seven regions lost more than 280 billion tons of ice per year.

The study, “Continuity of the Mass Loss of the World’s Glaciers and Ice Caps From the GRACE and GRACE Follow-On Missions,” was published April 30, 2020, in Geophysical Research Letters.