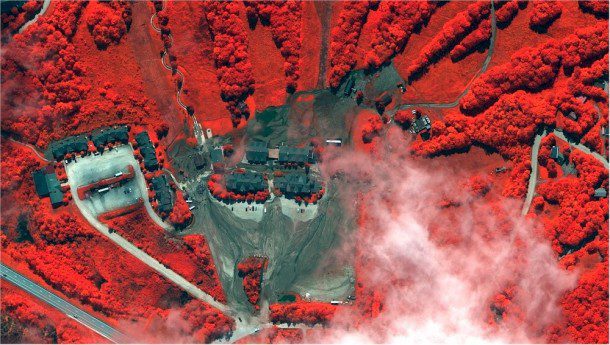 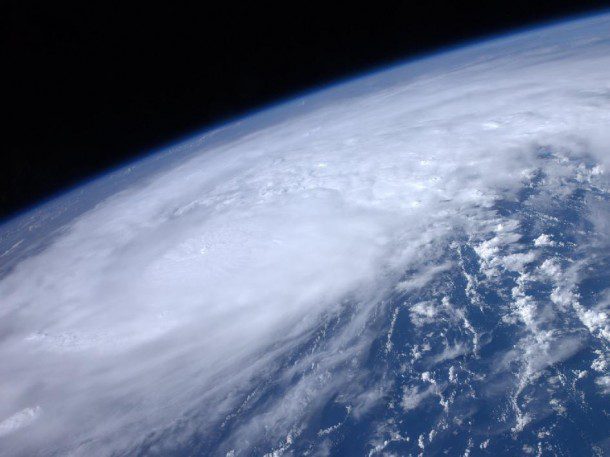 Hurricane Irene in its early stages is photographed by astronauts on the International Space Station. 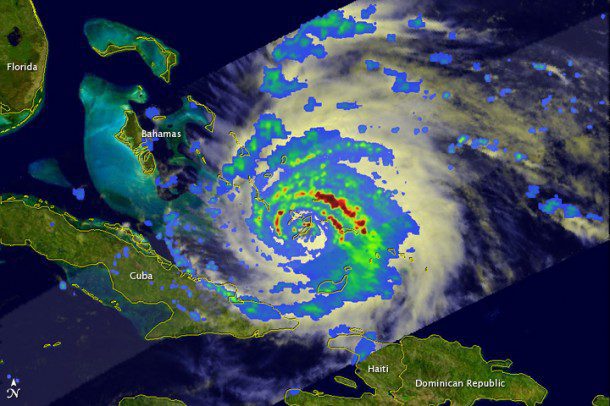 By 8 a.m. Eastern Daylight Time (EDT) on Aug. 24, 2011, Hurricane Irene had become a Category 3 storm with sustained winds of 100 knots (about 115 miles per hour). The Tropical Rainfall Measuring Mission (TRMM) satellite took this image of the storm at 11:42 a.m. EDT, as Irene was passing over Crooked Island in the southeast Bahamas.

TRMM is a joint mission between NASA and the Japanese Aerospace Exploration Agency. Images produced by Hal Pierce. Caption by Steve Lang and Hal Pierce. 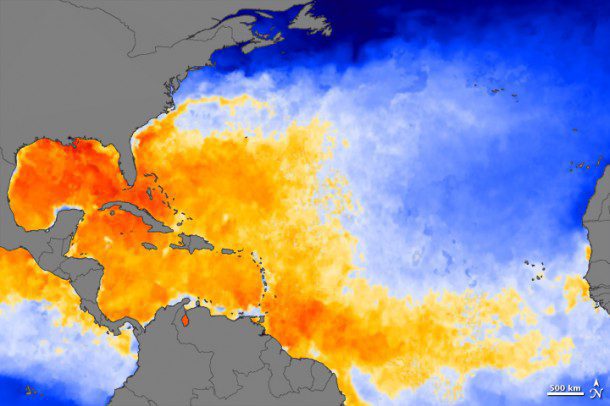 As Hurricane Irene rumbled through the Atlantic Ocean, it required fuel to sustain itself. Warm water is the main fuel, and there is plenty of it right now, as there usually is this time of year. The map above shows sea surface temperatures in the Atlantic Ocean, Gulf of Mexico and the Caribbean Sea on Aug. 23, 2011. 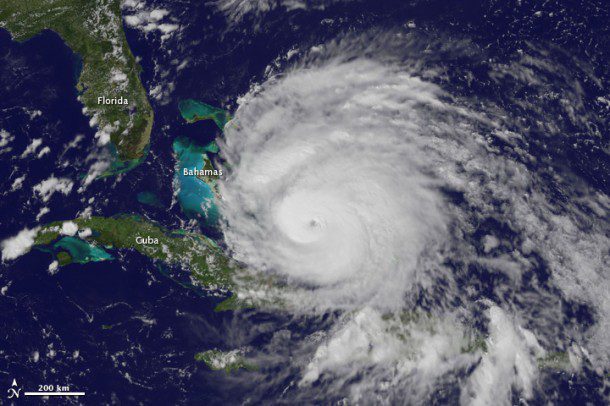 As Hurricane Irene continued to strengthen, its shape became more defined. In this image, taken by the GOES satellite at 2:55 p.m. Eastern Daylight Time on Aug. 24, 2011, Irene has a distinct eye. The clouds spiraling around the center are becoming more compact, and the storm is more circular than in previous days. The image also shows how large Irene has become, measuring several hundred kilometers across. 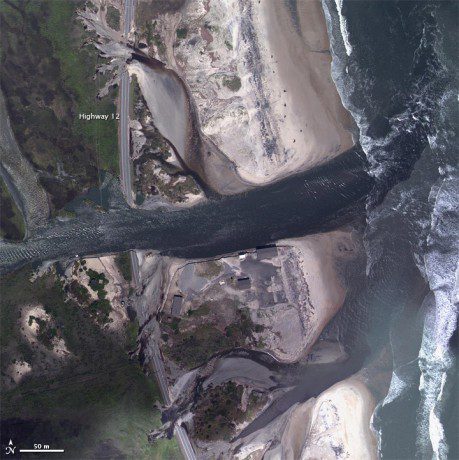 Flood waters from Hurricane Irene sliced through portions of Highway 12 on North Carolina's Hatteras Island. Highway 12, which extends along the Outer Banks, is the only road connecting Hatteras Island to the mainland. At Pea Island National Wildlife Refuge, water and shifting sand damaged the highway in multiple locations. This aerial photo, acquired by NOAA on Aug. 28, 2011, is part of a larger project to assess damage from Hurricane Irene along the U.S. East Coast.