How Should We Pay for Earth Observation Data? 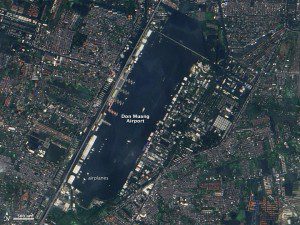 Hundreds of thousands of Earth images, such as this NASA EO-1 image of recent flooding in Bangkok, are free to the public.

For some years now, U.S. government agencies such as NASA have made the data from their satellites available for free. This has often sparked controversies. Some may feel that this undermines the investments of commercial satellite companies.

Europe has tried to tread a middle way by charging for some data from Earth observation satellites, including hybrid public-private sector satellites such as SPOT or entirely public sector ones like ERS and
Envisat. Mixing public and private programs has allowed Europe to gain confidence in the technology and to get benefits from the data.

For details, read Logica's recent white paper, How Should We Pay For Earth Observation Data.