How Can a Beer Cooler Help Us Better Understand Climate? 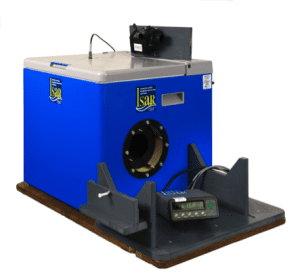 This beer cooler, housing a radiometer, has a luxurious deployment high on the starboard bridge wing of the Queen Mary 2, giving a perfect view of the water below.

While European Space Agency (ESA) engineers have almost finished building the first Sentinel-3 satellite for ocean forecasting, a beer cooler has an unusual role in supporting the mission.

Measuring the surface temperatures of our planet's seas is important for understanding how the oceans exchange heat, gases and energy with the atmosphere. Long-term, accurate measurements that are stable over time are fundamental for climate-change research.

However, since ESA's Envisat satellite was lost in 2012”after more than doubling its planned working life”there hasn't been a ˜dual-view radiometer' in orbit that collects these important measurements.

Sentinel-3 is one of six families of missions ESA is developing for the environmental monitoring Copernicus program. It focuses on delivering a wealth of data for applications related to oceans and coastal zones. Its suite of instruments includes a state-of-the-art thermal-infrared radiometer that measures changes in sea- and land-surface temperature from two different angles.

The radiometers are installed on ships operating from the United Kingdom, Australia, Japan, United States, Denmark, China and France. The mix of transocean crossings, around-the-world cruises and international ferries offers an ideal combination of hot- and cold-water measurements and atmospheric conditions for validating satellite data.

Taking these ground-truth measurements to check that the satellite and the ship data are accurate and compliant with international metrology standards is important and challenging. Arguably the most important beer cooler in the world plays a critical role by confirming the accuracy of the shipborne radiometers.