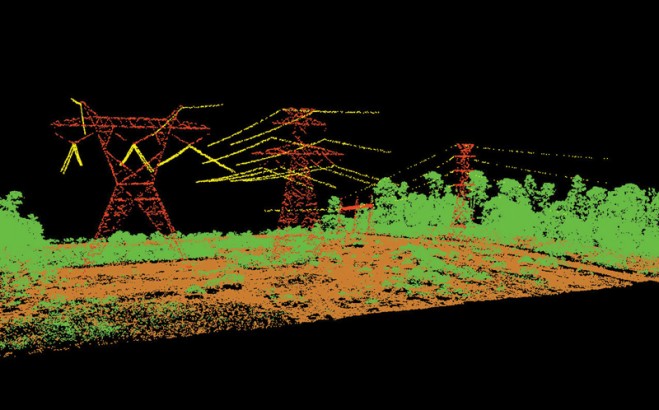 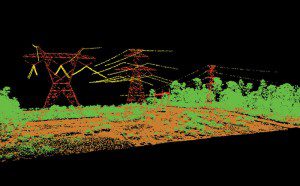 A LiDAR image of transmission lines was acquired by helicopter.

Helicopter-mounted multisensor systems provide greater accuracy in capturing the details of such issues in transmission corridors as power line sag, vegetation encroachment and structure information—some of the many components of in-field condition and clearance assessments. In addition, the ability of helicopters to tightly maneuver over transmission corridors, regardless of terrain, provides a cost-effective and speedier method of collecting the data vs. traditional land surveying or fixed-wing aircraft data collection.

NERC’s mission is to ensure the reliability of the North American bulk power system and is certified by the Federal Energy Regulatory Commission to establish and enforce reliability standards.