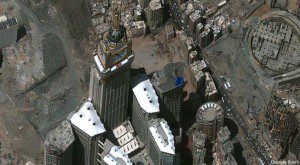 Improving the availability of more high-quality imagery is one of the many ways we're continuing to bring you the most comprehensive and accurate maps of the world, wrote Eric Kolb, a geodata strategist at Google, in an official company blog post.

This angle enables people to explore the sides of buildings, rotate around a particular point of interest and see it from different perspectives, and get a more complete and realistic view of an area, a Google spokesperson added.