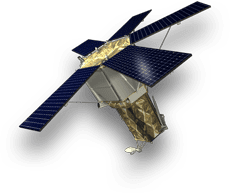 NGA says it will only provide $181 million in funding for the GeoEye-2 satellite. GeoEye was expecting to receive $337 million from the agency.

GeoEye will receive only $181 million of the $337 million it was expecting from the U.S. government to build its next-generation satellite. The company’s EnhancedView deal is in jeopardy as well.

GeoEye submitted two letters it received from the National Geospatial-Intelligence Agency (NGA)  to the Securities and Exchange Commission (SEC) on June 22, 2012. The letters spell out the agency’s plans for funding existing contracts with GeoEye. The first informs GeoEye that the government may not exercise the full contract option for year three (Sept. 1, 2012—Aug. 31, 2013) unless it gets additional funding, and the second notifies the company that the government will not fully fund a cost-share agreement for acquiring the next GeoEye satellite, GeoEye-2.

The second letter says the government will not provide all of its share for building and launching GeoEye-2, currently scheduled for launch next year. NGA originally indicated it would pay up to $337 million of the approximately $835 million cost of the satellite (including launch and insurance), according to Space News. GeoEye told the SEC that NGA has already obligated $181 million of the $337 million, and NGA’s letter confirms it will meet that obligation, but no further funds will be provided.

GeoEye recently met a milestone payment of $111 million of the $181 million, and GeoEye reported to the SEC that it expects those funds within 30 days. To get the remaining $70 million, GeoEye will have to meet additional new milestones levied by NGA that include proving it has the financial resources to complete the satellite. But the $181 million will be the end of government support for the satellite. GeoEye will have to find other sources to make up the $176 million shortfall between that and the $337 million it was expecting.