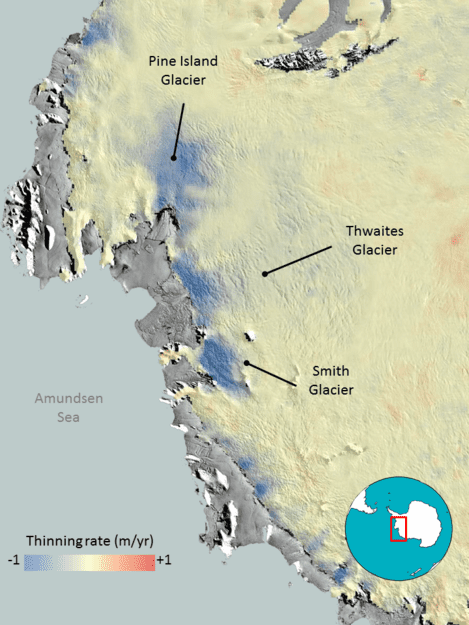 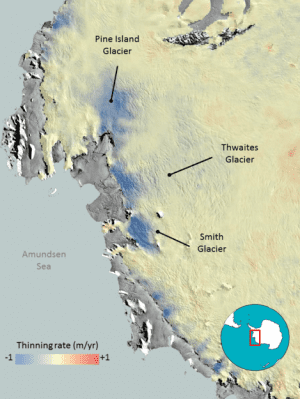 The imbalance in West Antarctica continues to be dominated by ice losses from glaciers flowing into the Amundsen Sea.

“We find that ice thinning continues to be most pronounced along fast-flowing ice streams of this sector and their tributaries, with thinning rates of between 4–8 meters per year near the grounding lines (where the ice streams lift up off the land and begin to float out over the ocean) of the Pine Island, Thwaites and Smith Glaciers,” said Dr. Malcolm McMillan, University of Leeds, United Kingdom.

Melting of ice sheets that blanket Antarctica and Greenland is a major contributor to global sea-level rise. Polar scientists recently concluded that West Antarctica caused global sea levels to rise by 0.28 mm each year between 2005 and 2010, based on observations from 10 different satellite missions. However, the latest research from CryoSat suggests the sea-level contribution from this area is now 15 percent higher.