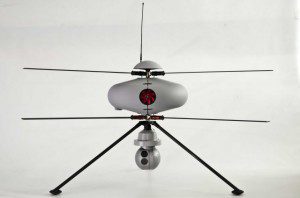 The Group of Robotics INTervention on Accidents (INTRA), which maintains a fleet of robots in case of a nuclear accident, has acquired a miniature INFOTRON unmanned aerial system (UAS).

In case of a nuclear accident, the INFOTRON IT180 UAS can cover a wide variety of missions, ranging from remote visual inspection of buildings more than 5 km away in a contaminated environment to transporting radiometric sensors that can measure radiation levels and monitor their evolution over time. The drone's payload capacity (3 kg for the electrical version and 5 kg for the fuel-powered version), range (up to 10 km) and the fuel-powered version's record endurance of 2 hours were decisive factors for Groupe INTRA's technical teams in choosing this system.