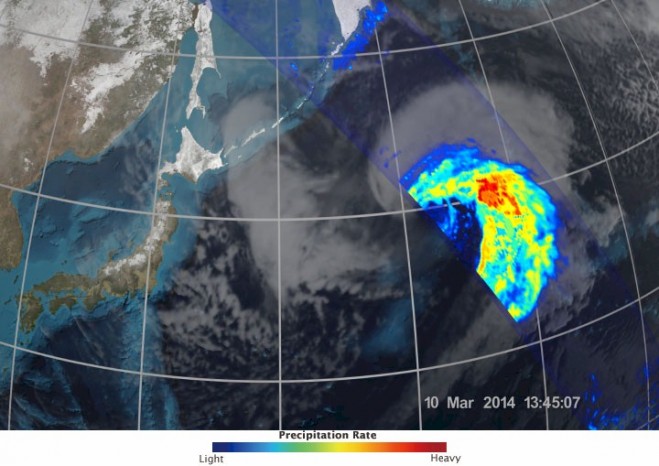 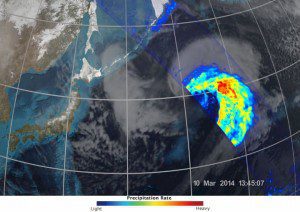 Launched on Feb. 27, 2014, the new mission will study rain and snow from the tropics to the southern edge of the polar regions. GPM also will anchor an international network of satellites that can make global precipitation observations roughly every three hours.

“It was really exciting to see this high-quality GPM data for the first time,” said project scientist Gail Skofronick-Jackson. “I knew we had entered a new era in measuring precipitation from space. We can now measure global precipitation of all types, from light drizzle to heavy downpours to falling snow.”