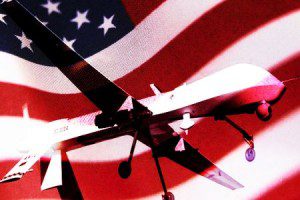 The departments of Justice and Homeland Security reportedly have been working with the drone industry and local law enforcement agencies to introduce unmanned aircraft to the homeland.

According to reports, through its Urban Areas Security Initiative (UASI) ”a Federal Emergency Management Agency (FEMA) program established to assist communities with counterterrorism projects”the Department of Homeland Security (DHS) provides grants to enable police and sheriff departments to launch their own drone programs.

According to DHS, UASI provides funding to address the unique planning, organization, equipment, training and exercise needs of high-threat, high-density urban areas, and assists them in building an enhanced and sustainable capacity to prevent, protect against, respond to and recover from acts of terrorism.

Even in the UASI project proposals there's little or no mention of terrorism or counterterrorism. Local police forces want drones to bolster their surveillance capabilities and serve as an adjunct to their SWAT teams and narc squads.