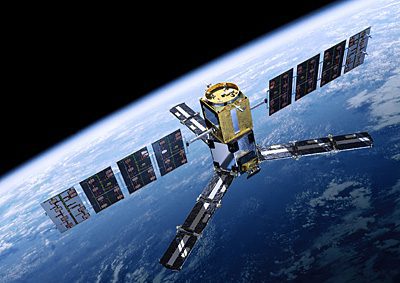 The SMOS mission makes global observations of soil moisture over Earth’s landmasses and salinity over the oceans. Variations in soil moisture and ocean salinity are a consequence of Earth’s water cycle, i.e., the continuous exchange of water among the oceans, the atmosphere and the land.

As its name suggests, the SMOS satellite was designed to measure how much moisture is held in soil and how much salt is held in the surface waters of the oceans. This information is helping to improve our understanding of the water cycle—an essential component of Earth’s system.

However, this state-of-the-art Earth Explorer mission has demonstrated that its instrumentation and measuring techniques can be used to offer much more. Because SMOS has the ability to see through clouds and it is little affected by rain, it can also provide reliable estimates of surface wind speeds under intense storms.

Unusually, Sandy was a hybrid storm, tapping energy from the evaporation of seawater like a hurricane and from different air temperatures like a winter storm. These conditions generated a super storm that spanned an incredible 1,800 kilometers.

As it orbited above, the satellite intercepted parts of Hurricane Sandy at least eight times as the storm swept over Jamaica and Cuba around Oct. 25 until its landfall in New Jersey four days later. The data from these encounters have been used to estimate the speed of the wind over the ocean’s surface.