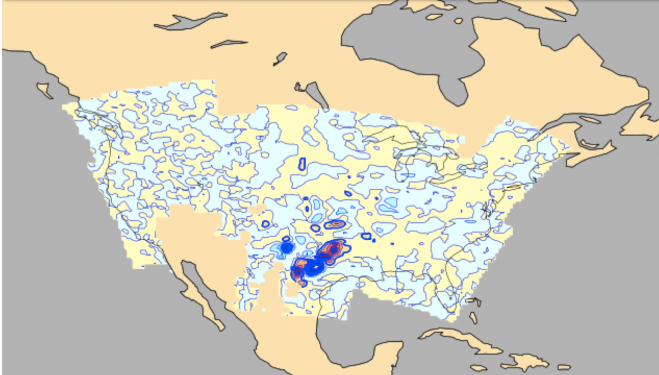 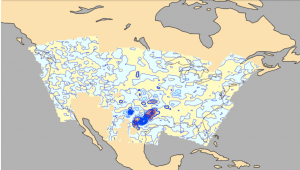 Blue areas indicate regions where the integration of SMOS measurements in the soil moisture analysis results in a better forecast of precipitation when compared with ground-based radar observations.

Carrying a novel radiometer that works at 1,400–1,427 MHz, SMOS captures images of “brightness temperature” to derive information on soil moisture and ocean salinity. Integrating these accurate near real-time observations into the European Centre for Medium-Range Weather Forecasts (ECMWF) system is helping to improve air temperature and humidity forecasts.

This is particularly true for the northern hemisphere during summer months—there is more land than in the southern hemisphere, and soil moisture dynamics are higher. In addition, SMOS observations are improving rain forecasts. SMOS was built primarily to deliver important information for scientific research, but this example shows how its data also are being used operationally.

Soil moisture observations from SMOS also have demonstrated their value for flood prediction. For example, prior to torrential rains that hit central Europe in May 2013, which led to catastrophic floods, SMOS observations had shown record levels of soil moisture.