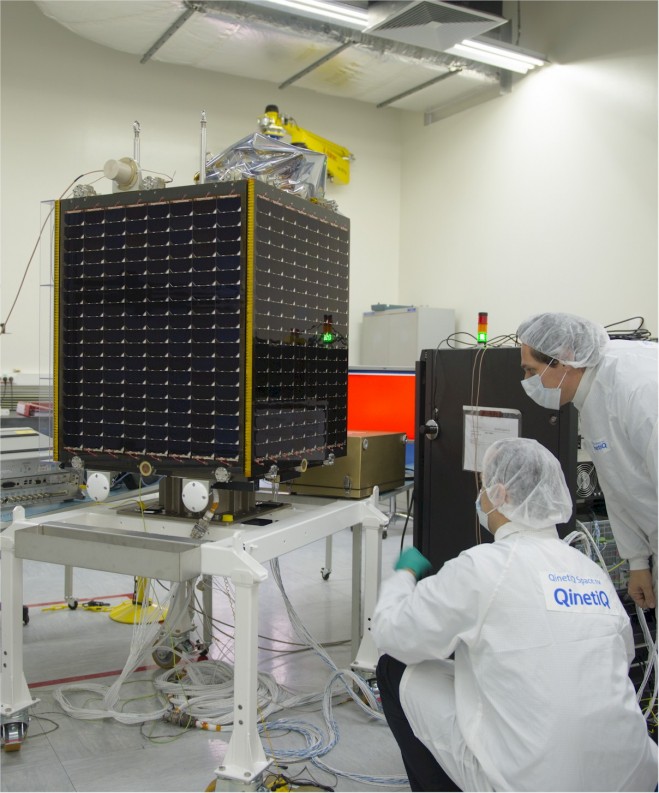 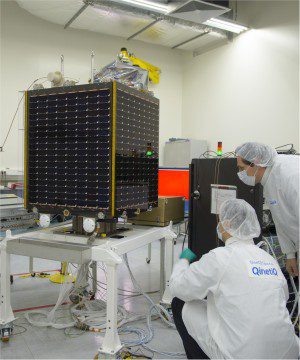 The fully integrated Proba-V microsatellite is pictured during testing at QinetiQ Space, Kruibeke, Belgium, in December 2012.

The European Space Agency’s Proba-V microsatellite, designed to chart global vegetation every two days, is midway through testing prior to its April 2013 launch.

The testing at the specialized Intespace facility in Toulouse, France, includes rigorous simulations of Proba-V’s take-off conditions and the hard vacuum and temperature extremes it must endure in orbit. It comes after Proba-V’s assembly was completed by prime contractor QinetiQ Space at its facility in Kruibeke, Belgium, last month.

Building the satellite was a complex operation. Although smaller than a cubic meter, the satellite carries a wide-angle telescope for its main Earth-monitoring instrument, a pair of radiation sensors, a fiber-optic connector experiment, a prototype radio transmitter based on the semiconductor gallium nitride and a test receiver to track aircraft in flight all around the globe.

Such a crowded payload is standard for the agency’s Proba series of satellites, which are configured to provide early space experience to promising new European technologies, especially from smaller companies that often lack easy access to space.