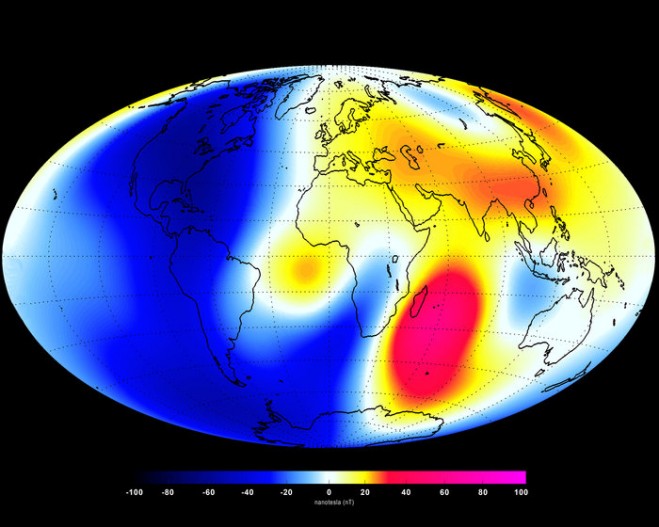 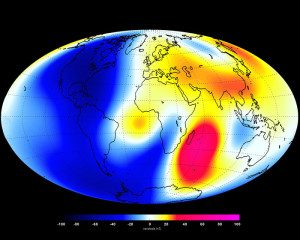 This image shows changes in Earth’s magnetic field from January 2014 to June 2014 as measured by the Swarm constellation of satellites. These changes are based on the magnetic signals that stem from Earth’s core. Shades of red represent areas of strengthening, while blues show areas of weakening during the six-month period.

The first set of high-resolution results from the European Space Agency’s three-satellite Swarm constellation reveals the most recent changes in the magnetic field that protects our planet.

Launched in November 2013, Swarm is providing unprecedented insights into the complex workings of Earth’s magnetic field, which safeguards us from cosmic radiation and charged particles.

Measurements made during the last six months confirm the general trend of the field’s weakening, with the most dramatic declines over the Western Hemisphere. But in other areas, such as the southern Indian Ocean, the magnetic field has strengthened since January 2014. The latest measurements also confirm the movement of magnetic north toward Siberia.

These changes are based on the magnetic signals stemming from Earth’s core. During the coming months, scientists will analyze the data to unravel the magnetic contributions from other sources, namely the mantle, crust, oceans, ionosphere and magnetosphere.