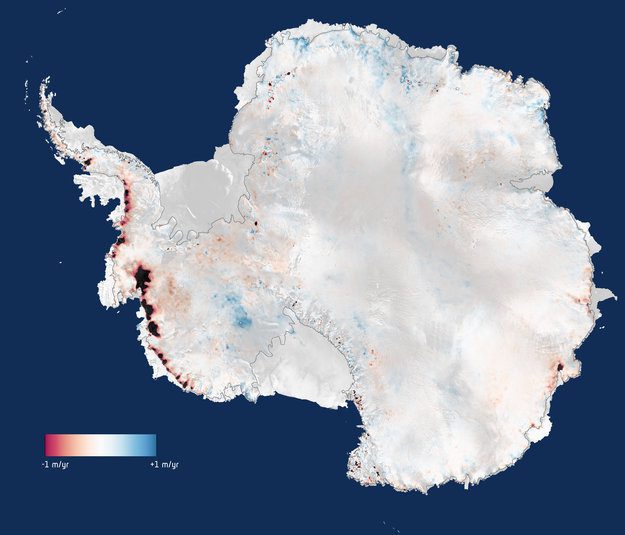 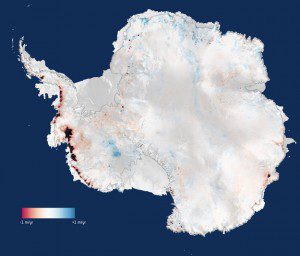 Three years of measurements from the CryoSat satellite show the Antarctic Ice Sheet is losing 159 billion tons of ice each year—enough to raise global sea levels by 0.45mm per year.

Three years of observations from the European Space Agency’s CryoSat satellite reveal the Antarctic Ice Sheet is losing 159 billion tons of ice annually, twice as much as when last surveyed.

The polar ice sheets are a major contributor to the rise in global sea levels, and these newly measured losses from Antarctica alone are enough to raise global sea levels by 0.45 mm each year. The latest findings by a team of scientists from the U.K.’s Centre for Polar Observation and Modelling show that the pattern of imbalance continues to be dominated by glaciers thinning in the Amundsen Sea sector of West Antarctica.

Between 2010 and 2013, West Antarctica, East Antarctica and the Antarctic Peninsula lost 134 billion, 3 billion and 23 billion tons of ice each year, respectively. The average rate of ice thinning in West Antarctica has increased compared with previous measurements, and this area’s yearly loss is now one-third more than measured over the five years before CryoSat’s launch.