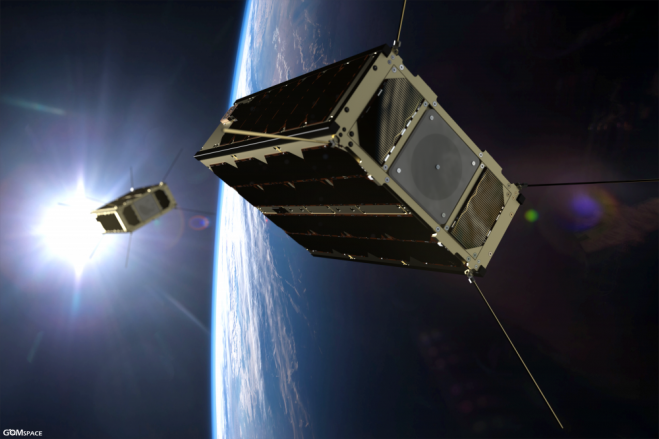 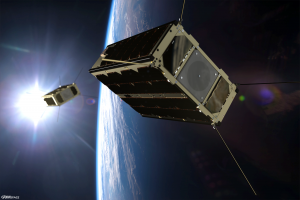 The European Space Agency (ESA) launched its first mission of the year on Feb. 2, 2018: GomX-4B satellites that feature a hyperspectral camera and tiny thrusters enabling them to maneuver thousands of kilometers.

These CubeSats are built around standard 10×10 cm units by GomSpace in Denmark. As “six-unit” CubeSats, they’re as large as cereal boxes—but double the size of their predecessor GomX-3, which was released from the International Space Station in 2015.

“ESA is harnessing CubeSats as a fast, cheap method of testing promising European technologies in orbit,” comments Roger Walker, heading ESA’s technology CubeSat efforts. “Unlike GomX-3, GomX-4B will change its orbit using cold-gas thrusters, opening up the prospect of rapidly deploying future constellations and maintaining their separations, and flying nanosatellites in formations to perform new types of measurements from space.”

The pair was launched from Jiuquan, China, piggybacking on a Long March 2D rocket carrying a Chinese satellite to detect electromagnetic disturbances that might offer early warnings of earthquakes.