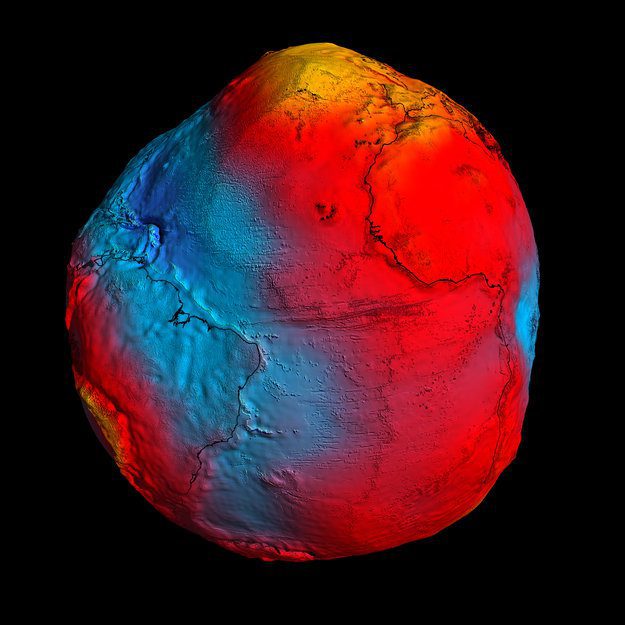 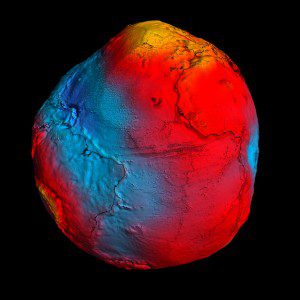 ESA's GOCE mission has delivered the most accurate model of the geoid ever produced, which will be used to further our understanding of how Earth works. The colors in the image above represent deviations in height (–100 meters to +100 meters) from an ideal geoid. The blue shades represent low values, and the reds/yellows represent high values.

After more than four years of mapping Earth’s gravity with unrivalled precision, the European Space Agency’s GOCE satellite will re-enter Earth’s atmosphere once it runs out of fuel sometime in mid-October.

The satellite has been orbiting Earth since March 2009 at the lowest altitude of any research satellite. With a sleek, aerodynamic design responsible for it being dubbed the “Ferrari of space,” GOCE has mapped variations in Earth’s gravity with extreme detail.

The result is a unique model of the “geoid,” which is essentially a virtual surface where water doesn’t flow from one point to another. In mid-October, the mission will come to a natural end when it runs out of fuel and the satellite begins its descent toward Earth from a height of about 224 km.

Although most of GOCE will disintegrate in the atmosphere, several parts might reach Earth’s surface. When and where these parts might land can’t yet be predicted, but the affected area will be narrowed down closer to the time of re-entry. Re-entry is expected to happen about three weeks after the fuel is depleted.

Considering that two-thirds of Earth is covered by oceans, and vast areas are thinly populated, the danger to life and property is low. About 40 tons of manmade space debris reach the ground per year, but the spread and size mean the risk of an individual being struck is lower than being hit by a meteorite.