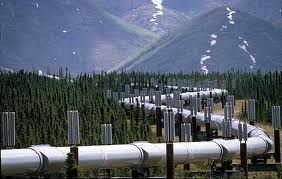 Shell, BP and ConocoPhillips reportedly are among major energy firms to express interest in UAV technology.

Energy companies already use remotely operated vehicles to monitor and manipulate wells at extreme underwater depths, and unmanned aircraft companies hope that in the coming years, companies will be able to hire or buy aerial drones to survey pipelines, check on hard-to-reach parts of platforms and gather information after an offshore accident occurs.

The current federal regulations were first introduced in 2007, as production and development of unmanned aerial systems began to grow. The proposed regulation changes, which will be released in a few weeks, will be subject to a comment period and review, a process that generally takes 12 to 18 months.

The concerns about these unmanned aerial systems, whether they're operating in the Gulf of Mexico or over land, remain the same, said Federal Aviation Administration (FAA) spokesman Lynn Lunsford. We want to make sure that they're used in such a way that the safety of other aircraft is not compromised.

That could be particularly challenging in the Gulf, where, according to Lunsford, planes and helicopters traveling back and forth to offshore rigs make more than 800 trips per day.

California-based AeroVironment already had agreements with several oil-and-gas companies just before the 2007 regulations were introduced, according to Steve Gitlin, a vice president at AeroVironment.

We're ready, he said. As soon as the FAA says ˜Go,' we're ready to provide capabilities to the customers who want it. These aerial systems will save money, save lives and allow for more effective use.

Lindsay Voss, senior program development manager at the Association for Unmanned Vehicle Systems International, said that the FAA's longtime complaint is that it needs more data, like a complete picture of the drone accident rate.

You could say there's a lot of operational time with Department of Defense, she said. We probably have about 6,000 hours a year in Iraq and Afghanistan. But it's difficult to take that info and apply it to national airspace.

Voss said several companies that operate in the Gulf of Mexico, including Shell, BP and ConocoPhillips, have expressed interest in the technology.

BP spokesman Daren Beaudo said the company has been an industry leader in developing ways to deploy drone technology for pipeline inspection.

We have been working cooperatively for over five years with other members of the oil-and-gas industry, the aviation industry and the FAA to enable eventual deployment of drones to assist us in leak and machinery threat detection once (new FAA) regulations are in place.

Currently, BP and other companies use manned helicopters to survey their pipelines. But helicopters can run about $300 an hour, while renting a lightweight drone can cost as little as $20 an hour, according to Voss.

Drone makers say their machinery has a range of applications beyond pipeline surveillance as well.

The color and infrared video could be very useful if they want to check out the condition of an offshore platform, said Gitlin. If there's a disaster, people tend to be evacuated from a platform, but the operator will still want to have eyes on the target. We've done some demos for offshore oil companies in the past and, using infrared, were able to detect oil slick in the water.

Kevin Lauscher, who does industrial sales for the Canadian company Draganfly Innovations, said that in the past year, he's already sold some drones that weigh less than 10 pounds for deepwater oil platforms in the Gulf of Mexico.

They're used for inspectional purposes. It gives them the ability to more easily view platforms, rather than putting people on cranes or scaffolding as they've had to do in the past.

He attributed the boon in sales to the tightening of federal safety regulations in the past year as a result of the Deepwater Horizon disaster.

Safety has been brought to the forefront as a result of that, he said.

Voss said that it could be a few years before drones under 50 pounds are flown over domestic waters.

They're still at the very beginning of this process, she said. It doesn't look like the rule will be out until 2014. After that, I think we'll start to see a pick up, but it's still going to depend on how things go after the agencies put out the rule.