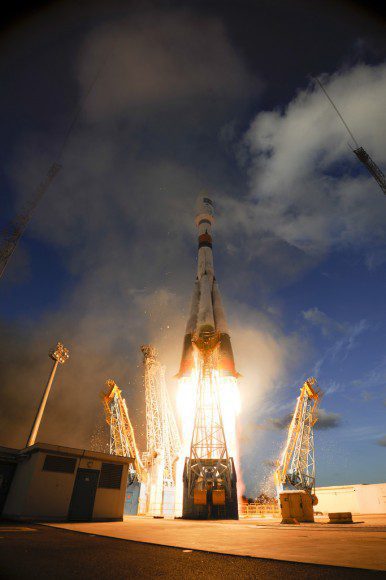 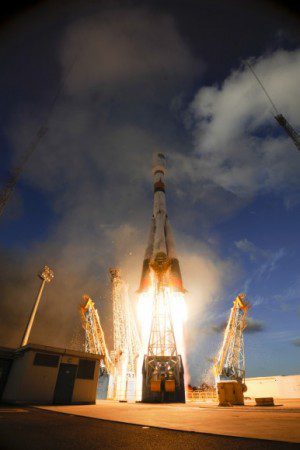 The Sentinel-1A satellite lifts off in April 2014.

Before it could begin imaging Earth, an unprecedented collision avoidance maneuver during launch and early orbit phase was needed to clear Sentinel-1A from the path of a defunct NASA satellite.

On April 9, 2014, the European Space Agency disclosed a serious problem early in the Sentinel-1A mission, which lifted off on April 3, 2014, on a mission to observe Earth. The spacecraft, which reportedly cost 280 million euros ($384 million) to launch, came close to a collision in orbit.

“At the end of the first day after the launch (April 4): All deployments have been executed during the night and completed early in the morning at the beginning of the first ‘day shift,’” read a blog post from the Sentinel-1A team on the European Space Agency’s website.

Then it continues: “There is a danger of a collision with a NASA satellite called ACRIMSAT, which has run out of fuel and can no longer be maneuvered. Not much information at the beginning, we are waiting for more information, but a collision avoidance maneuver may be needed.”

Response: “Are you kidding? A collision-avoidance maneuver during LEOP (launch and early orbit phase)? This has never been done before, this has not been simulated!”

Worse, as controllers looked at the data, they realized there were two possible collision points. The maneuver took about 39 seconds and safely skirted Sentinel-1A out of danger.