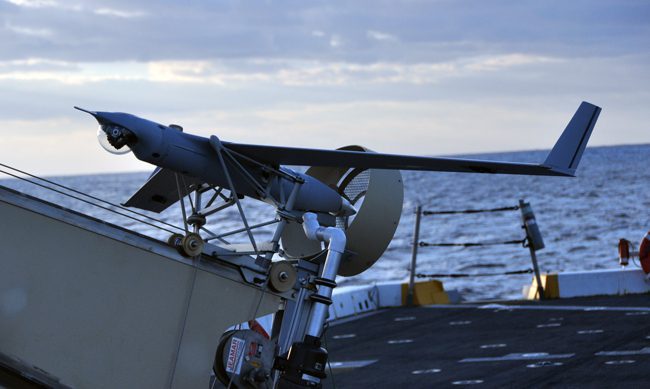 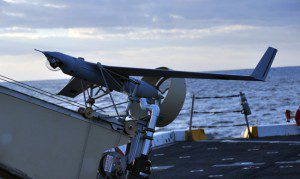 ScanEagle drones have been deployed from naval vessels for several years. The ScanEagle is shown here on the deck of an amphibious landing ship.

The release of two “restricted category type certificates” to a pair of UASs represents a milestone that will lead to the first approved commercial UAS operations later this summer, according to the U.S. Federal Aviation Administration (FAA). Certificates were issued to two types of unmanned systems: the ScanEagle built by inSitu and X200 and AeroVironment’s Puma AE.

Issuing the type certificates is an important step toward FAA’s goal of integrating UASs into the nation’s airspace. These flights will also meet requirements in the FAA Modernization and Reform Act of 2012 that define Arctic operational areas and include a mandate to increase Arctic UAS commercial operations.