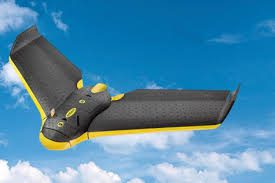 SenseFly drones have accomplished a second mission in Haiti to map areas around Port-au-Prince and Cap Haitien, including areas damaged by Hurricane Sandy in October 2012.

After a first successful mission in 2012 with the United Nations Institute for Training and Research using senseFly drones, the International Organization for Migration (IOM) recently teamed with Drone Adventures for a mission using senseFly's latest drone, the eBee.

Drone Adventures is a young nonprofit organization based in Lausanne, Switzerland. The organization's goal is to promote the great potential of drones in civilian applications, focusing on conservation, humanitarian, cultural, and search and rescue domains.