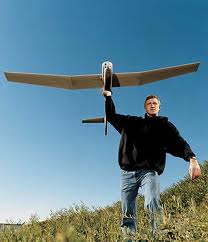 “We were very concerned with the fact that this discharge was going into the creek, which is going into one of our treasures”the Trinity River,” said Zachary Thompson, director of Dallas County Health and Human Services.

“People should be able to use it as a fun and recreational area. You don’t want to see it impacted by any kind of discharge.”

“I was looking at images after the flight that showed a blood red creek and was thinking, could this really be what I think it is? Can you really do that? Surely not,” the drone operator told UAS News, an online magazine for small unmanned aerial system enthusiasts.

“Whatever it is, it was flat out gross.”

“If the city had contacted us on Dec. 9, the problem would have been fixed on Dec. 10,” Joe Ondrusek, whose family has run Columbia Packing for 99 years, said in a statement.

He insisted the spill was unintentional and noted that the city installed a box on the plant’s sewer line years ago that monitors the amount of waste water going through the line.

A spokesman for the city of Dallas’s attorney”who has reportedly filed charges in the case”didn't return a request for comment.