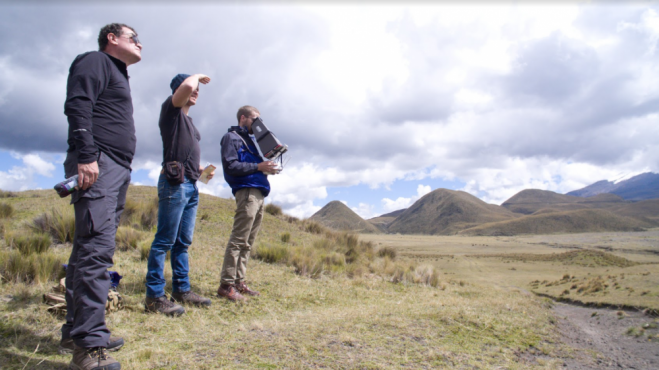 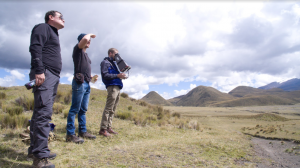 Team members of the Aerial Digital Archeology and Preservation group used drones to map the Pucará of Salitre, the site of Inca and Pre-Inca fortress ruins — a series of manmade terraces, ditches and walls built in a concentric circle atop a hill.

The landscape of Ecuador is littered with archaeological sites, important evidence of the country’s rich, complex history that spans from Paleoindian times all the way through to the Spanish conquest of the Incas. But a lack of resources means that there’s still no accurate record of many of these sites. Documenting archeological sites through traditional methods is slow and labor-intensive, and with natural disasters and human development threatening to damage many of the country’s important sites, archeologists who seek to study and preserve Ecuador’s history are often in a race against time.

In 2013, in an effort to demonstrate that drone mapping technology is a viable solution in the field of archeology, Benoit Duverneuil founded the research group Aerial Digital Archeology and Preservation. Benoit originally studied history, geography and cultural administration before eventually obtaining a Master’s Degree in computer science and embarking on a career in computer science and data analysis. Since 2010, he has combined his loves of history and technology by experimenting with drones at archeological sites around the world. The Aerial Digital Archeology research group aims to further the field of drones in archeology and train others to implement the latest techniques. Along with his research, Benoit also teaches drone technology to college students and archaeology professionals.

With team members Dorian Roque, Justin Grabenbauer and German Molina, Benoit recently embarked on a project to record three endangered sites in the Cotopaxi Province of Ecuador. The group’s work has shown that drone mapping is an efficient method for creating high-quality maps and 3D models of archeological sites.